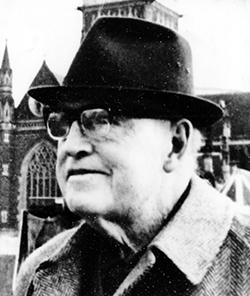 Michael Sydney Williams was born in Sydney on 24 March 1891. After attending South Melbourne College and St. Patrick’s College, East Melbourne, he completed his education at Xavier College. Although a long time supporter and later committeeman of Essendon Football Club, his major sporting interest was rowing. He joined Mercantile after graduating as Master of Laws at Melbourne University.

His busy and successful practice as a solicitor cut short his competitive career. He had the privilege of rowing number five in a famous Mercantile maiden eight in which (the later B.B.C. comedian) Dick Bentley, occupied the four seat. The crew was well placed going under Morell Bridge in its heat at Henley, when Bentley made one of his better wisecracks. The crew packed up laughing. Coach Bill Pitt on the bank was beside himself trying to restore the situation, and in his efforts managed to ride his bicycle into the river. It was the only crew which finished a race exhausted from laughter. 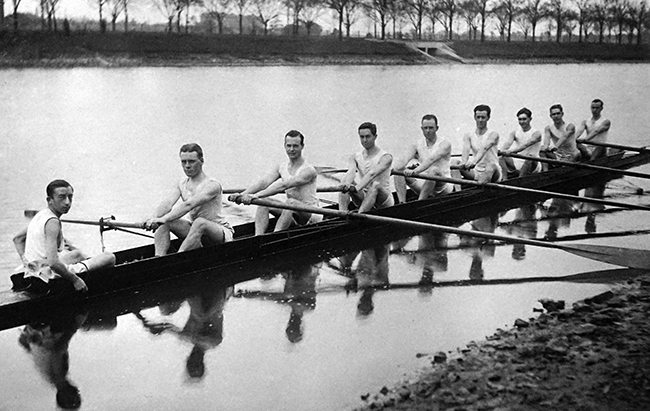 “M.S.” was always a regular Sunday morning oarsman, and in his latter years rowed three in ‘Brooky’s four’ (Doug Brooke, Graeme Richardson, and Alex Dobbie, with Bert Spencer as cox). This crew was always ready to challenge, and quite often was known to beat oarsmen many years their junior. 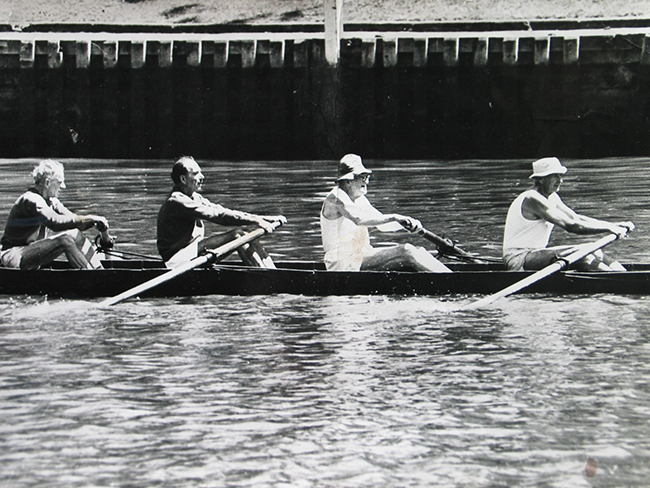 A large jovial man with balding red hair, he was a dominating figure at regattas and at the King’s Cup. He gave generously to rowing, and for many years presented the oars to successful Victorian crews. He became president of the V.R.A. in 1955 on the death of Arch Dobbie, and remained in this capacity until his death. He took a large part in the conduct
of the 1956 Olympic Garnes, even to the point of staging one of his celebrated ‘Henley night’ parties at his home. This was a gala event attended by Olympic oarsmen and officials from all nations.

He renewed international friendship, when he attended, as AARC delegate, the FISA meeting at Macon, France in 1958. He was also to the forefront at St Catherines, Canada in 1968 when the Australian four won the Gold Medal.

He was very devoted to his family and one of his proudest moments was when his son, John, became Victorian sculling champion, and was placed second in the President’s Cup in 1949.

His interest in rowing continued and he was a familiar figure on the riverbank to the time of his final illness in 1974. He was a memorable man with a very wide circle of friends from all fields of life. He was well known to rowing men of all States as well as overseas. He is well remembered by all who knew him.

His son-in-law, the Xavier and Mercantile oarsman, Hubert Frederico, (a appointed judge of the Family Law Court), rowed in the four King’s Cup crews in the period 1957-1960. Freddy coached many a crew of Mercantile senior eights, as well as several King’s Cup crews. In 1967, he took away as coach the successful four at the Empire Games. Freddy is well known as the coach who lifted Xavier to a high peak of rowing, the coveted Head-of-the-River just eluding his grasp on at least two occasions. Freddy went on to be an excellent President of the Victorian Rowing Association. Freddy’s father, a judge of the County Court, was a prominent Melbourne University and Melbourne oarsman.

The following obituary appeared in the Club’s annual report.

Michael Sydney Williams, familiarly known to us all as “Mick”, joined the Club in 1918. He won his Maiden Eight soon afterwards and for a period enjoyed Regatta racing. Unfortunately pressure of professional duties made it necessary for him to relinquish competitive rowing and he then became a regular weekend oarsman.

Towards the end of the twenties he was elected Honorary Solicitor to the Club and he held this office continuously until bis death.

He was a great club man and supported Mercs at country as well as Metropolitan Regattas. A most generous supporter of Club activities, he was also always ready to assist any member in contentious circumstances.

Mick had a pleasing personality which endeared him to us and be became the confidant and friend of many members and also members of other rowing clubs.

More than twenty-five years ago he was elected a Life Member and a Vice President. A keen supporter of Victorian rowing, be attended Kings Cup racing in all States and for many years presented to Victorian crew members the oar they used in their particular race. As be purchased these oars, it was a most generous donation to the crew.

He had a large circle of Interstate rowing friends and was almost as welI known at interstate meetings as at Victorian Regattas.

For many years be was a Vice President of Melbourne Amateur Regatta Association.

It is indeed unusual to find anyone with the ability to retain enthusiasm for well over fifty years; but such was Mick He will be missed. Mercantile will miss him – and rowing will the the poorer.