Kevin was a country lad, raised in Colac.

Sadly we do not have details of his schooling nor of his early coxing career.

He became a senior coxswain at the Banks Rowing Club in Melbourne in 1962 rowing under Alan Jacobsen, the leading Victorian coach.

He coxed a four at the first World Championships in Lucerne in 1962 which finished fifth and which was stroked by future chairman of Australian selectors Jim Howden. This crew was a composite Yarra Yarra/Melbourne University crew and they were able to fund their own way to the Championships. 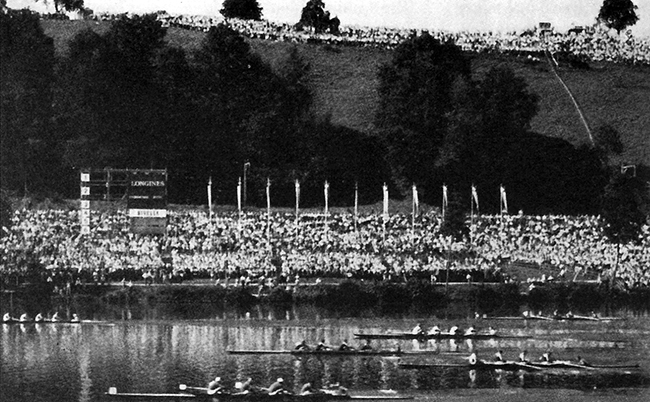 He took over the reins as the Victorian coxswain in 1964 from David Palfreyman who had finally outgrown his coxing career and had become a top lightweight oarsman.

The 1964 King’s Cup race he coxed was a cracker with two top notch crews from Victoria and New South Wales fighting it out for the right to be the Olympic crew.

After a false start, starter Ossie Rosevear brought them back to start with the words: That’s history, now let us try that again. No one ever knew who broke the start. The Victorians flew off the fresh beginning gaining a ¾ length lead by the 500 metre mark. The New South Welshmen threw everything at the Victorians with effort after effort, which were repelled by the Victorians on each occasion. The final margin was unchanged at ¾ length.

The Victorians were named as the Olympic crew. 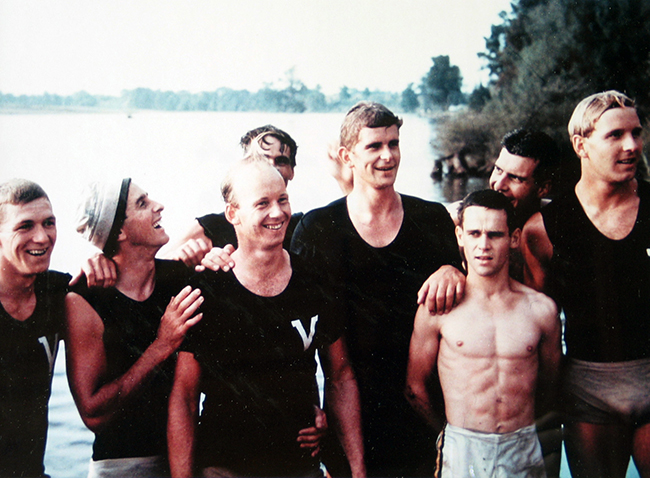 From the late 1950s, there had been a revolution in boat design with heavy flat keeled boats being replaced by shapes resembling those of today. Australia had been left behind with the new designs which were assessed at the time as being 25 seconds faster than the Australian boats.

The Australian eight did not make the final using a slow Australian boat. As an experiment with nothing to lose in the B final, they borrowed the American’s spare Donoratico eight. With only the row to the start to come to grips with the new boat, they struggled. Stroke Terry Davies fell off his seat, the pin moved in the four seat meaning David Ramage could not row hard and the boat rocked from side to side. They were last at the 500m, second last at the 1000m and finally figured how to race it in the final 500 metres. They came through the field like a steam train, finishing a close second. Kevin’s opportunity of medalling with a quality crew was sadly lost to poor equipment. 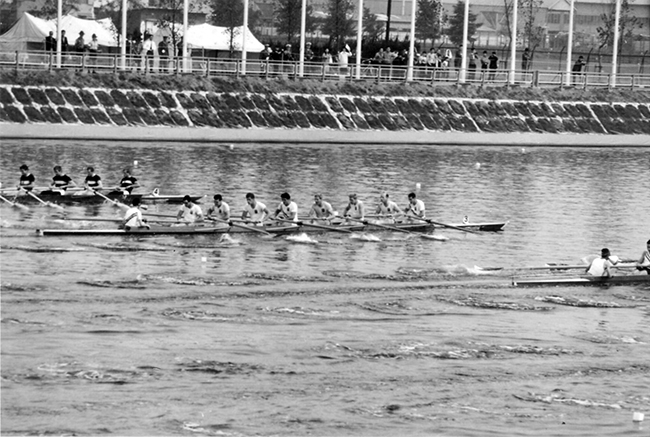 As a post script to this sad tale, the boat revolution moved to Australia with David Boykett importing that boat and forcing boat builders to immediately change their designs and construction methods.

Keven retired from coxing but was convinced to come back in the 1970s and do a season developing a Mercantile junior eight coached by his old friend Phil Cayzer.

Michael Trumble of the Blairgowrie Yacht Squadron wrote a fine tribute of Kevin for their newsletter and parts of this are reproduced below.

His early business career was in marketing with Qantas, and in 1977, Kevin started his own business as a convention consultant, ably assisted by Coralyn, primarily for specialist medical practitioners. During two marriages Kevin produced six children.

The Wickhams came to BYS during the 1990s and very quickly took a close interest in the social and then the governance activities of the club. Kevin joined the General Committee in the late 1990s. He was always a solid contributor and was elected Commodore for the term 2005 to 2007.

Kevin was also committed to training and he encouraged hundreds of members to engage and become qualified in skills including boat driving, first aid, radio operations, race management and of course nav rallies and other courses to improve skills throughout the club.

As Commodore, Kevin was insistent about protocol, including the observance of traditions and standards expected of a member of a large and prestigious yacht squadron. No doubt these principles were ingrained in Kevin as a proud Olympian representing Australia.

Like all Commodores, maintaining the policy that sailing is the number-one core activity at BYS ahead of all others was reinforced and upheld at all costs by Kevin during his time.

Apart from the many contributions he made to BYS, at all times Kevin was a nice man, right up to the very end. He always had a friendly smile, a good word to say and a warm countenance. He was very popular among both the members and staff. Kevin will be missed but never forgotten.

Kevin’s loss was deeply felt by those remaining from his crews of the 1960s.

He loved the sports of rowing and yachting and made a significant contribution to them both.