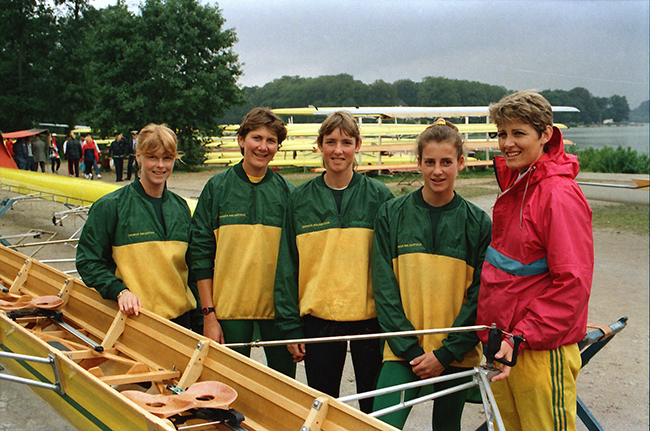 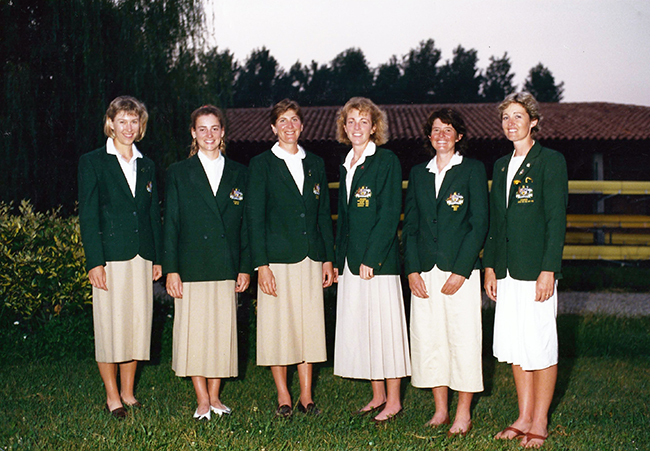 Leeanne had no choice but to row. Her grandfather W G Nuske was the winner of the Dimboola Regatta foot race in 1927. Leeanne has the sash he won for that race. Then her father was a rower at Dimboola in the period leading up to the 1960s. Leeanne states that "he was not a such a great sportsman but a wonderful club man. It was he who instilled my passion in rowing". For that we remain most grateful. Leeanne has provided a life time of service to the sport.

Leeanne started her rowing career as a schoolgirl in Dimboola where in 1974, with Pam Westendorf ,she first represented Victoria as a 16 year old in the New Zealand Colt series. After a five year absence from the sport she returned to rowing with Banks Rowing Club in 1982 and transferred to the Melbourne University Boat Club in 1987. Leeanne has continued to enjoy success as a master rower. She is married to fellow rower Andrew Ambrose formerly of Sydney Rowing club and a later member of the Mercantile rowing club where he enjoyed success in the 1987 Kings Cup crew. They now both enjoy watching their children row at regattas.