Bill Wallace was far from the tallest senior oarsman to row, but he achieved much in senior Australian rowing, and who became a giant of the sport as a school, club and State coach, state and national selector, boat race official and club administrator. 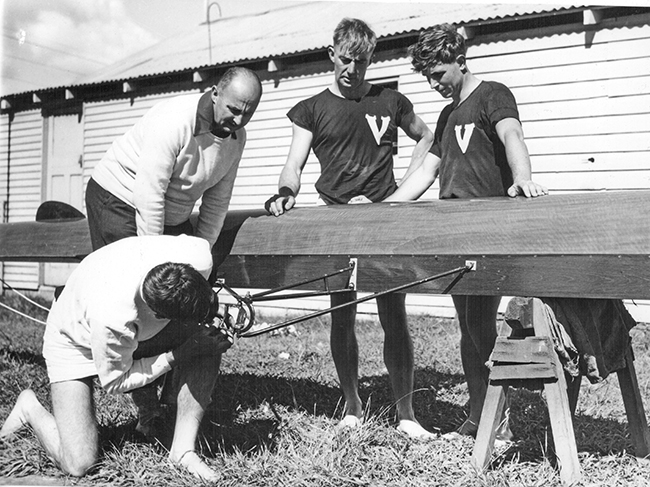 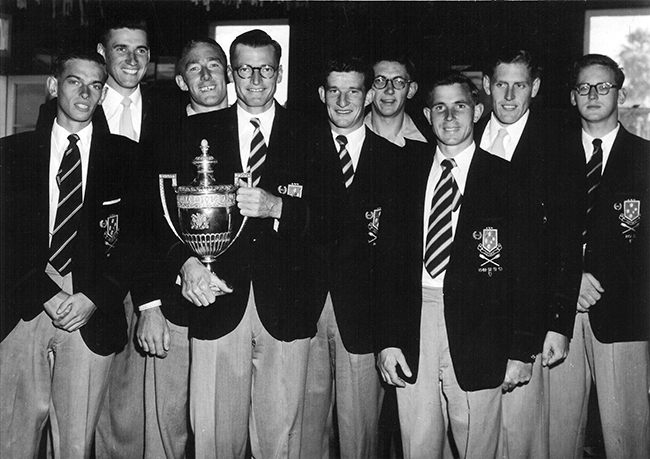 Bill hailed from Geelong but did not row there before moving to Melbourne aged about 17 or 18 years old. His sister's boyfriend was a member of Mercantile and so he came down for a row.

Bill started his rowing towards the end of WWII as a novice in 1942-43 season beginning his great friendship with the Shears brothers. He spent much time with them both at Mercantile and at Anglesea. Fellowship arose regularly in discussions with Bill. It was clearly one of his greatest motivations and sources of enjoyment from the sport.

Jim Sprigg and Jack South were his first coaches and he remembers that long rows comprised the normal training regimen. His first win was recorded in his second season on 29th January 1944 in the bow seat of a lightweight novice four at the Upper Yarra Regatta alongside Jack and Bill Shears and George Tatnall.

In December 1944 he won his novice four race and then other races in C Class races and Challenge races during that season. He also won trophies in the Young and Jackson Eights and Sprigg Time Trial to add to his collection.

The 1945-46 season saw Bill win his maiden races beginning with a maiden eight at the Metropolitan Regatta in December. He then started winning junior races with a junior eight win in February 1946. Bill speaks highly of his long and successful pair oared rowing career with Herb Shears, which commenced with a comfortable win at the Upper Yarra Regatta in January 1946. 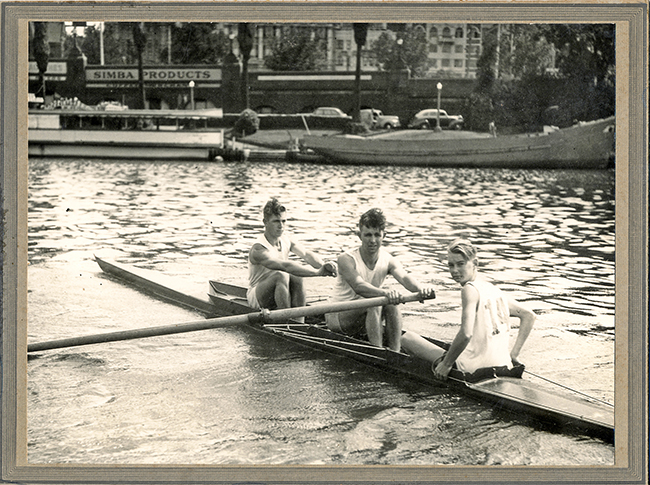 The migration from junior to senior was completed in the 1946-47 season with a senior eight victory.

The successes which followed included numerous State senior championships and two King's Cups. It was a highly successful rowing career.

During this time, Bill was also active in club administration and developed into an excellent coach and noted selector.

Work commitments with Lloyds of London led Bill to live in South Australia for about four years, then to Queensland. He went out on his own servicing several companies and finally settled in Sydney to be close to his family.

He recalls the changes that he participated in with rowing in South Australia. He was particularly proud of his 1966 South Australian crew which got very close to defeating the highly credentialed Victorian and New South Wales crews. His South Australian crew contained many young crew members, some barely out of school. It remains his most memorable and rewarding coaching role.

Today he maintains a strong interest in the sport and in its history.

He fondly remembers his years at Mercantile and many of the great personalities of the Club. For example, he mentions that Jack South did a lot for the Club, the Shears bothers of course figure highly and he laments that Jack Shears did not go onto greater things with his rowing career. "The spirit at Mercantile was excellent - you never rowed for yourself, it was always for the Club. " A conversation with Bill is so interesting that it is never a short chat.