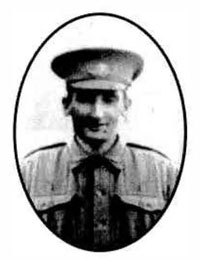 When Martin John Towner was killed in action his commanding officer and his comrades in the bombing platoon all signed the letter to his parents expressing their regret.

He had been in the A.I.F. just over twelve months when he was proceeding to his post in the line as an enemy shell landed and death was almost instantaneous. Pte Brose who was with him at the time said that one of the last things he had said was to tell the CO he was wounded and would be unable to do his post for the night.

Towner was admired by the others in his platoon for his good nature and straight living and that he was always ready for the call of duty. Everyone had a good word to say for him and they regarded his loss as that of a brother. Towner was buried at the Bazentin-Le-Petit Military Cemetery, France.