In the case of Shirley, her area has been in the development of para rowing both locally and internationally. She was the team manager of Australia's first para rowing team to compete at the World Championships in 2002 at Seville, Spain. She was a foundation member of FISA Para Rowing Commission and was involved with some of the key para rowing decisions points such as the 2002 declaration in Seville getting the national federations to commit to para rowing, and assisting in the FISA's 2004 application for entry into the Paralympics. She was a classifier of para athletes and then trainer of classifiers of para athletes. She was at the 'bleeding edge' of para rowing in all areas. 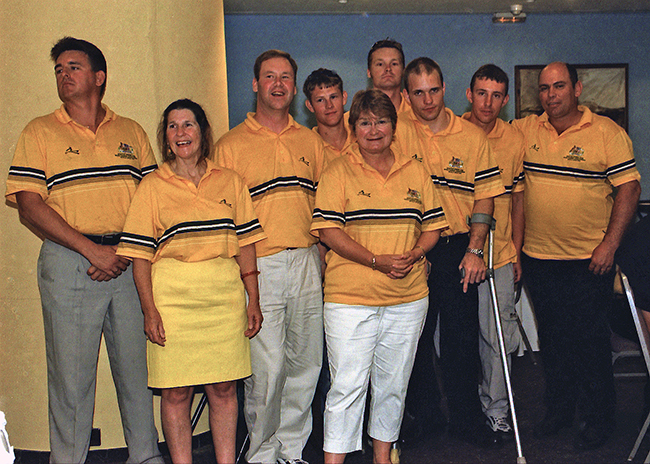 But this is long way from her beginnings in central western NSW, nowhere near rowable water or a rowing club.

Her rowing career started when she moved to Sydney to study at Sydney University. It was in her first year at Sydney University that she "tried netball, my favourite sport till then, but didn’t find the club very welcoming. In my second year, seeking a sport I could enjoy and feel welcome in I looked up the list of University sporting clubs and, for no reason I can remember, selected rowing, about which I knew nothing other than the obvious boat-thingy. I rang the president of the time, Annie Titterton, and from that first phone call I was welcomed. I’m still friends with many of the people I started rowing with in 1969.  As a then lightweight shortie, I’m glad I didn’t have to prove any prior fitness for the sport."

And as they say, the rest is history. 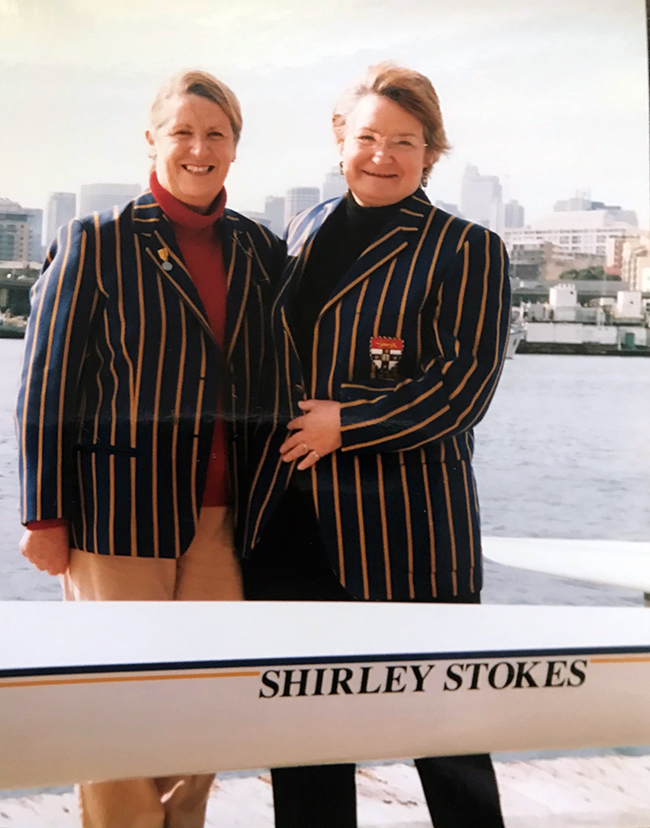 Annie Titterton and Shirley at the boat naming of her boat

Shirley progressed her rowing to win two NSW lightweight championships, both with two greats of the sport, Margaret Mackenzie and Annie Titterton, and, also was awarded a Sydney University rowing Blue.

"My first coach as a student in 1969 was Phil Titterton and my last coach as a Masters rower was Phil Titterton, (along with George Bawtree). I’d like to dob in Jane Spring for launching my career in rowing administration by encouraging me in the late ‘90s to stand for election to the Rowing NSW Board. With decades of friendships and happy times with the above, and many many others, I can confidently say that my life in rowing is definitely not just about the rowing." 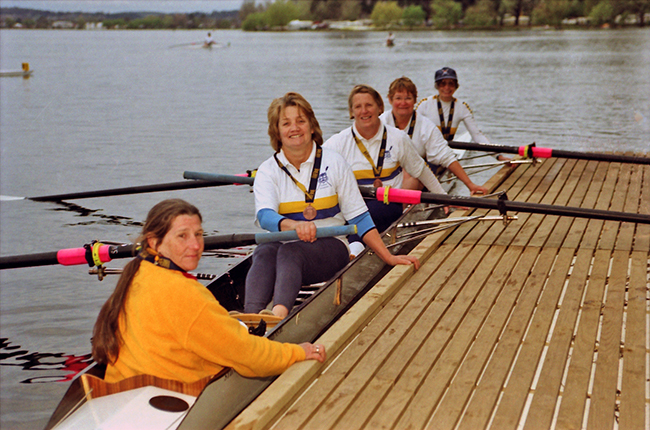 Shirley has been a successful rower and volunteer from 1969 until today, serving on the Boards of Rowing NSW and Rowing Australia, and then being a FISA Commission member.

The role undertaken on the Board at Rowing NSW included the development of para-rowing in NSW. Shirley organised “Come and Try’ para rowing days, targeted five clubs to incorporate para-rowing into their club programs, chaired a small coordinating group within NSW and represented NSW at national para rowing meetings. She continued this work at Rowing Australia, coordinating activities across states and developing guidelines for participation in National Championships.

The FISA work was where her contribution became even more important. In 2002, Shirley played a key role in Seville Declaration to get National federations to commit to para-rowing. In 2004, she provided input to FISA’s application for admission to Paralympics, and from 2006, assisted in drafting FISA Guidelines and Regulations for para-rowing Competition and Classification, including subsequent quadrennial reviews.

Her contribution to para rowing is profound, and the success Australia enjoys today in this area can be traced back to her pioneering work. 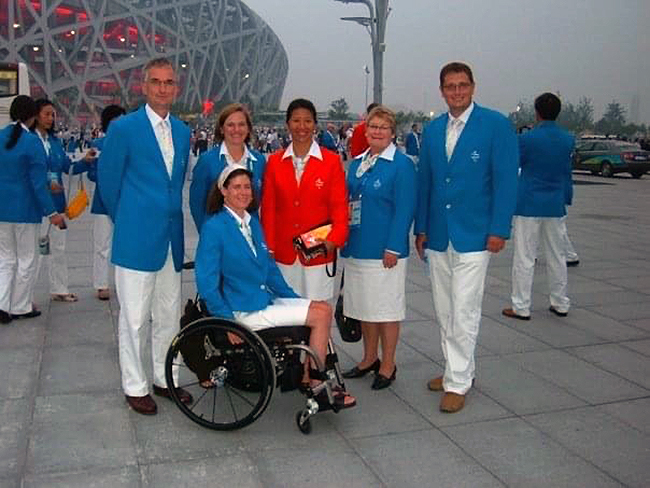