The following obituary was extracted from the Mercantile Rowing Club annual report from season 1950-51.

Mr. Horace Stevens started his rowing career with Essendon, from which Club he transferred to Mercantile early in the present century. He had a successful career with our Club, chiefly in association with Mr. L. Jones, including the Stewards' Challenge Cup at Henley on the Yarra in 1906. Later he returned to Essendon, whose colours he carried when he won the Championship Sculls of Victoria in 1910-11 and 1911-12 seasons.

On the outbreak of the 1914-18 War he joined the A.I.F., and was in England at its termination. He remained there for a number of years, and had a successful career as a bass-baritone, being regarded as one of the world's best singers of Oratorio.

On his return to Australia, he devoted himself entirely to a musical career. He was associated with the choir of St. Paul's Cathedral from boy­hood days almost to the time of his death, was a distinguished conductor, and was highly regarded as a Tutor at the Victorian Conservatorium of Music. His contemporaries in rowing circles still recall with pleasure the great enjoyment afforded by his fine singing at their social functions. It is safe to say that he has never been equalled in this connection. 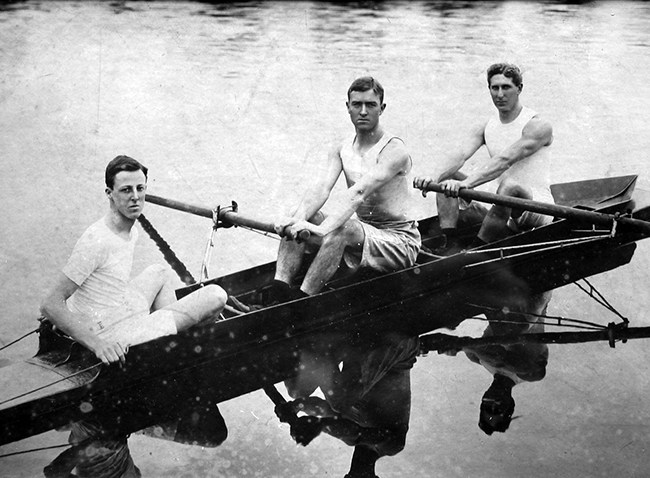 The parallels with that other musically talented Australian rower Frederick S Kelly who sadly died in WWI are apparent.

Horace was Essendon's first interstate representative and won two Victorian State Championships sculling Championships for them in 1911 and 1912.