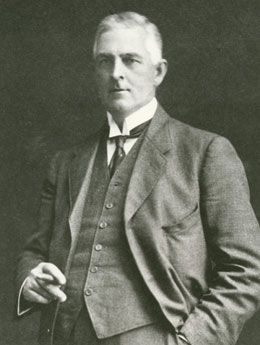 His Hon Sir Justice Starke was a keen competitive rower who maintained his interest in the sport throughout his life. He married late which left him more time for his rowing as well as his legal practice.

However for the rest of the non rowing world, he will be remembered as a High Court Judge.

The Hughes Government appointed him in February 1920 upon the death of fellow rower, Sir Edmund Barton. Unlike other members of the Court, he had no political affiliations.

The great jurist Sir Owen Dixon described him as follows: his legal knowledge, his discriminating judgment as to what mattered, his clearness and directness of speech and the strength of his mind and character combined to give him a forensic power as formidable as I have seen.