By way of background, the Ballarat Public Schools Association admitted Ballarat High School to membership in 1943. This triggered the commencement of rowing at Ballarat High School in 1944, albeit without boats and a boatshed - all were borrowed from Ballarat rowing clubs. High first entered the Head of Lake in 1944 without success. Nature intervened in the Head of the Lake in 1945 and 1946 with rowing cancelled due to the low levels of water in the lake.

"He [Cliff] remembers that High School began well and led all the way over the one-mile course. BHS won by three lengths from Grammar in 4 min 44.4 seconds. (The two-length margin recorded by The Courier had blown out to three!) After the HoL came an ex-students' race with Cliff steering that BHS crew into third place. To Cliff "it was an exciting year and the wins were heartily celebrated at a grand ball for senior students on race night." While only in Form 3 at the time, Cliff was nevertheless invited to attend."

The first and second crews combined in an eight and competed successfully against Melbourne High School in Melbourne. 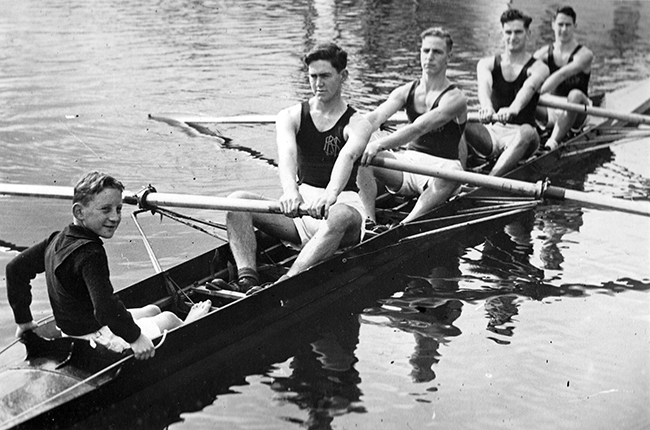 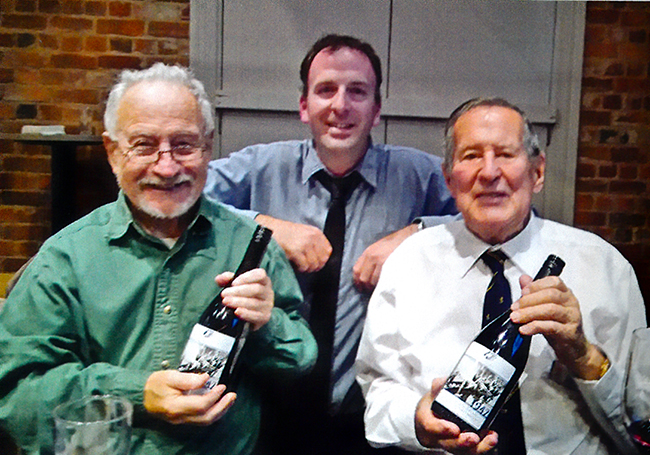 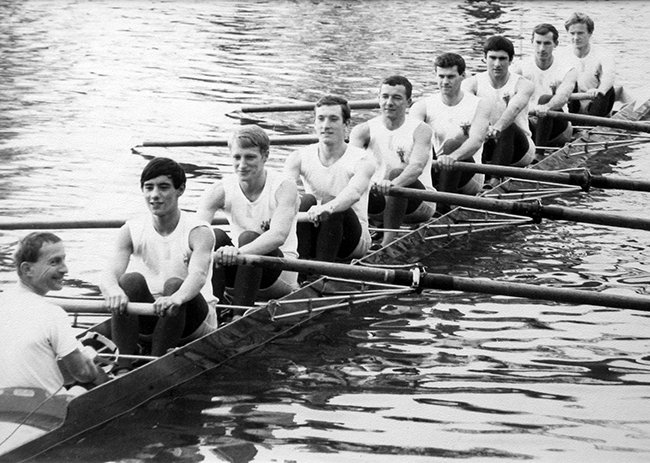 Cliff was convinced to return to coxing in Melbourne joining the Mercantile Rowing Club. He had some very successful seasons coxing the successful lightweight group. He won a national Championship, two Victorian Championships and a large number of inter club races during this time. Peter O'Brien who stroked the 1966 crew recalls: "It was unusual to have a cox older than all the rest of us and his maturity was often the cause for post race celebrations being somewhat controlled. Despite often driving up from Moggs Creek, he was extraordinarily reliable, and a very valuable asset for all of us. He and Jenny were a great couple and will be sorely missed."

Cliff's son Jonathan added that the National Championship win in 1968 was one of his great life memories and he stayed in contact with the rowers throughout his life.

Cliff retained his membership of the Club for many years thereafter.

His tribute in the newspaper recorded that Cliff remained an active member and leader of many communities across music, skiing, probus and science (CSIRO) throughout his life. He died after a short battle with cancer. His wife Jenny died in February 2021 and he is survived by his two children Jonathan and Kylie and their families.

The rowing details known to the author: