Frank Hales Potter was born in about 1890 in Wodonga Victoria. His father was a Bank of New South Wales banker who then moved to Bairnsdale where Franks was schooled along with his younger sister Marjorie Lucy Potter and younger brother Robert.

Both Frank and his brother rowed at Bairnsdale Rowing Club prior to the war. 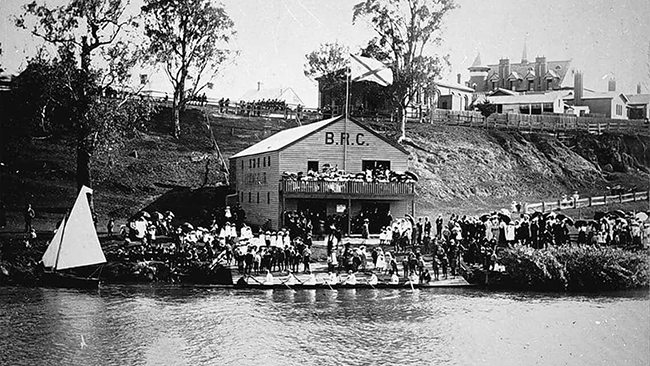 Frank followed his father in the banking profession and spent at least some time in Melbourne around 1910 when he raced for Banks Rowing Club in their senior eight. One suspects that his time at Banks Rowing Club was short lived as the bank would move their employees around the country side. For example, he is noted on the Jerilderie NSW WWI Cenotaph so he was obviously posted in that area for a meaningful amount of time.

Of note during his time at Banks, Frank raced bow in the 1910 Banks eight which won the senior eights at both Upper Yarra and Footscray regattas.

Prior to enlisting in WWI, he was engaged to be married to Elsie McClure, daughter of a prominent Melbourne surgeon.

Frank enlisted on 24th July 1915 in Melbourne at the age of 25 years 4 months. He father was still banking in Bairnsdale with the Bank of New South Wales and was noted as next of kin.

Whilst Frank was initially placed in the Light Horse and trained at Seymour, he was transferred into 10th Machine Gun Company where is was rapidly promoted. He was promoted to 2nd Lieutenant in May 1916 before travelling to Europe and then promoted in the field to full Lieutenant in February 1917. Despite all this, he suffered a great deal from mumps during the early months of 1917 and taken from the front.

On the 20 October 1917, Frank was shot in the right thigh in France. He died from these wounds on 3rd November 1917. On 7th November 1917, he was mentioned in despatches from Gen Sir Douglas Haig's for distinguished gallantry and service and devotion to duty in the field in the period 26th February to 20-21 September 1917.