Above: Ian as a member of the 1978 Bronze medal winning Australian lightweight eight - fourth from right

Ian commenced his rowing at Scotch College and stroked the 1974 Head of the River crew. He then joined Mercantile Rowing Club and rowed in the maiden and juniors crews in his first year. In 1976 he made the decision to go lightweight and joined with fellow inductee John Hawkins and also Peter McCartney and Terry Thurtell in a clean sweep of lightweight four races. They were very unlucky not to be selected as an Australian crew in the light of local performances and the history of success of Australian crews overseas. Despite being a disciplined lightweight, Ian struggled to make weight. In one race in NSW, he had to run up the Blue Mountains and back in a slicker to sweat out the weight. He was not capable of racing after it but fortunately the race was postponed without a re-weigh.

In 1978 he and other members of his crew were in a tragic car accident. Fortunately he was only left with a broken jaw which was wired up. Being a good lightweight, he was the only person known to the dietician to increase their weight eating by a straw through a wired up jaw! He had to train for several weeks in the Australian team with a wired up jaw and the coach carrying tin snips in case he had to be rescued. 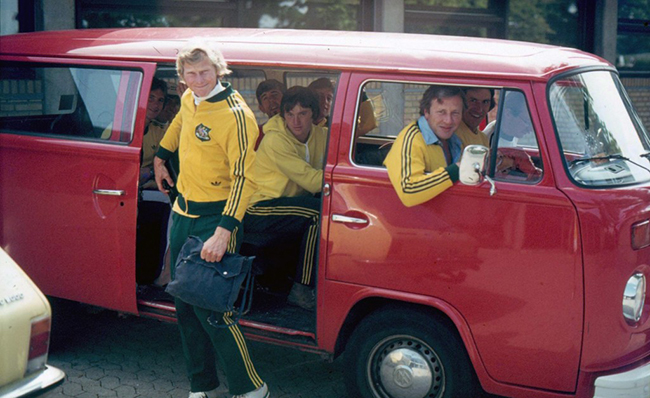