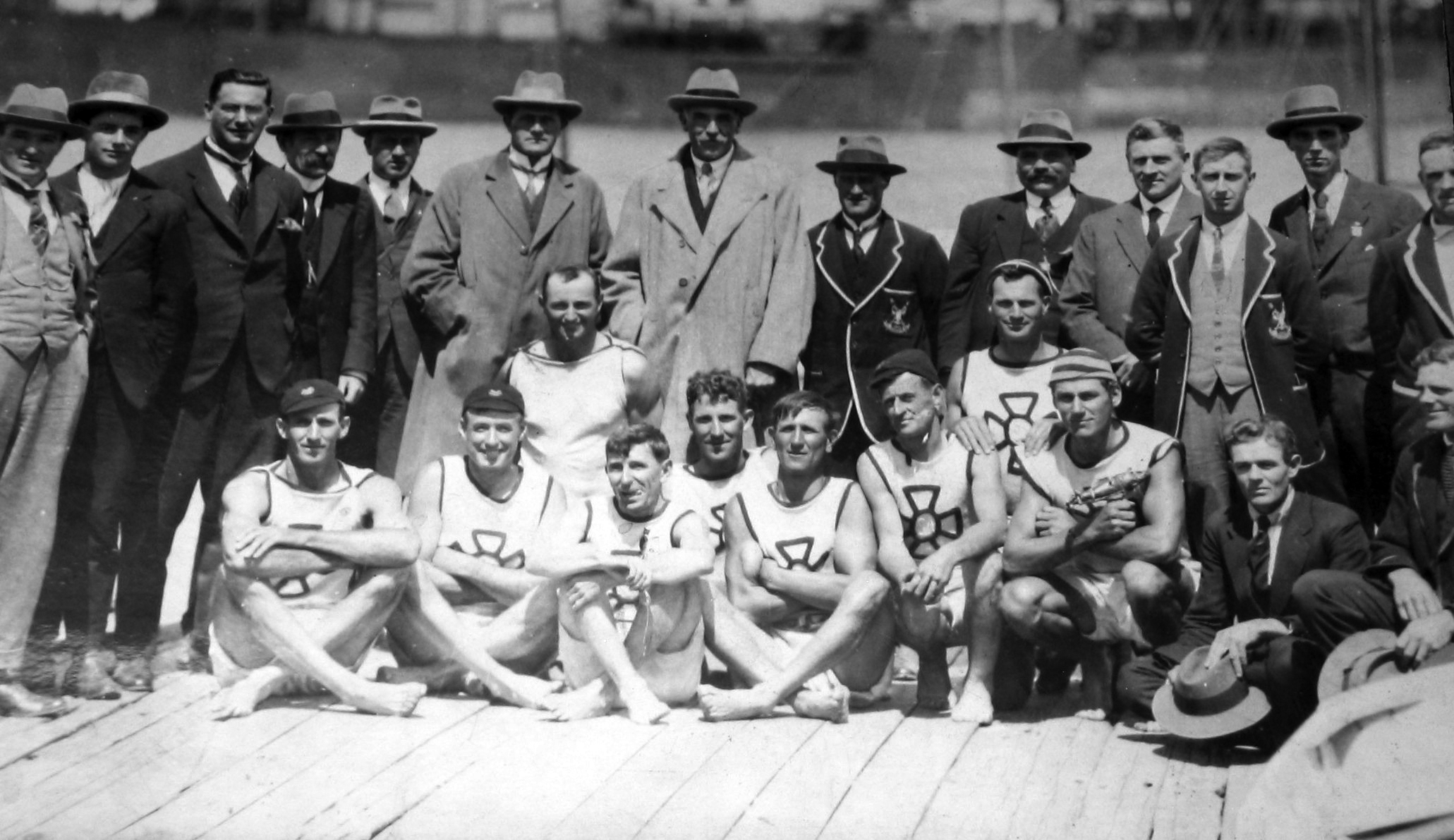 The Murray Bridge crew after winning the test race for the Olympic Games in 1924.

He was a conscientious objector in WWI on moral grounds and this caused considerable division and debate when the crew was selected to represent their country at the Olympics.

A letter was sent by the Returned Service Association to the South Australian Rowing Association protesting the inclusion of Pfeiffer in the rowing team for the Olympic Games on the grounds that during the national service campaign in connection with the war, he claimed exemption as a conscientious objector.

In a report in The News on 11th March 1924 page 5, the Murray Bridge RSL sub-branch met to discuss the matter and it split the sub-branch. A motion "That the board is requested by this sub-branch to withdraw immediately from the case" was lost. However a motion was adopted "That this sub-branch informs the board that we do not wish to discuss the question of Mr Pfeiffer as it is liable to lead to strife for this sub-branch."  The discussion arose as the result of the receipt of a circular from the State Fix this textBoard. The circular drew attention to the points raised by the league regarding Mr. Pfeffer going to Olympia, and stated that the only ground of objection w:as the statements alleged to have been made by Mr. Pfeiffer in court.

The Port Pirie sub-branch was reported in The News on Monday 17th March 1924 page 4 as follows:

Members of the local branch of the Returned Sailors and Soldiers' Imperial League considered a circular from the State Board in regard to W. Pfeiffer going with the Murray Bridge crew to Olympia. Mr. T. W. Mower moved, and Mr. W. Back seconded, "That this sub-branch does not support the attitude adopted by the State Board, and dissociates itself from any action that may be taken by the board  detrimental to Mr. Pfeiffer's interests, and which possibly will bring discord among and loss of membership to this sub-branch. This was lost by one vote only. The following amendment was carried:-"That this sub branch leaves the matter in the hands of the State Board."

Pfeiffer was a key part of the 1924 "Murray Cods" crew which was full of great personalities and stories. His was just one of them.

The crew included many labourers and railway workers and so did not qualify for the Henley Royal Regatta, a perfect warm up regatta prior to the Olympic Games. Sadly they raced at the Games with insufficient racing preparation.