Jacob 'Jack' Nicolaisen of Ascot Vale, was a prominent member of the Essendon Rowing Club in Melbourne serving as Vice-President, President and being awarded life membership of the Club in 1951.

Whilst prominent off the water, he does not appear to have raced at a Victorian Championship level. However, he was not without victories and raced at the senior level.

He was first recorded racing was in 1921 in a club fours race at the Club's Ladies Day. Sadly his crew lost in the heats. 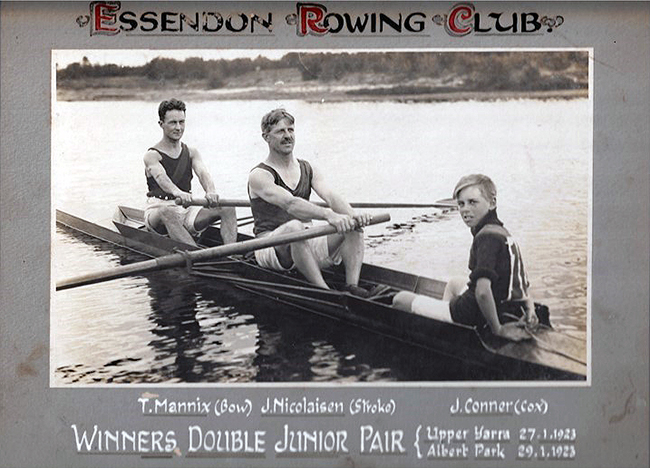 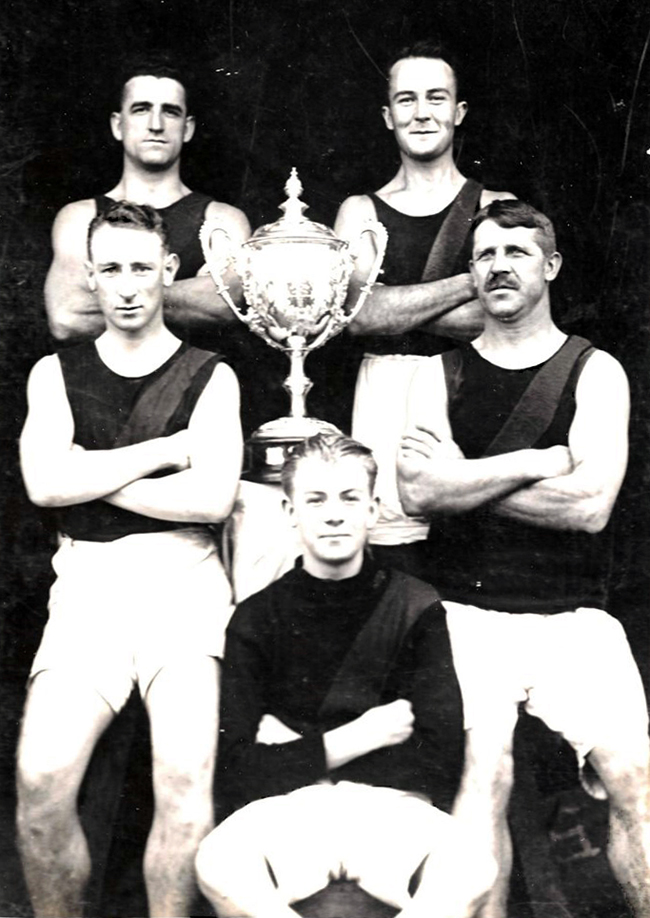 Later on in his rowing career he was able to race with his brother Nils, and yet later, coach him in club races.

Essendon Club historian Glenn Bottrell adds that Jack commenced his rowing at the relatively old age of 30 and rowed throughout the 1920s and 1930s. He also coached until the 1960s including the club's first maiden 8 (C grade) double win in its first 65 years of interclub racing. Glenn also mentioned two other interesting facts, he defeated H McRae (Past Essendon Rowing Club President) to take out the Victorian Amateur Boxing Championship, and also he was the grandfather of Brownlow Medallist Neil Roberts.

Jack's amateur lightweight boxing career brought him to prominence in many newspaper reports prior to WWI. This would explain his late start to the sport of rowing post WWI.

Finally, he also appears to have been prominent in the Norwegian community, being noted in one newspaper report as serving as President of the Norwegian Club of Victorian in 1938.

Some extracts from rowing stories from the newspapers follow.

Later that year in December, the Weekly Times reported that he stroked a winning Club Fours race.