Dr Newland is a distinguished ophthalmologist in Adelaide who was awarded Membership of the Order of Australia in 2005 for service to ophthalmology in indigenous health and to eye disease in developing countries.

The website of the charity Sight for All notes as follows:

Fifteen years ago, three South Australian ophthalmologists Drs. James Muecke, Henry Newland and Bob Casson volunteered on sight–saving projects in Asia. They saw a gap in the provision of eye health services in our neighbouring developing countries. This gap spawned the seed of an idea that the doctors could offer something unique to improve the sight of tens of thousands. By working with their foreign colleagues, areas of need were identified, and by providing sub-specialty education and equipping eye clinics, a sustainable sight-saving model was born. This model became the basis of Sight For All.

From a rowing perspective, he is a rower (currently a masters rower), coach and patron of his club. 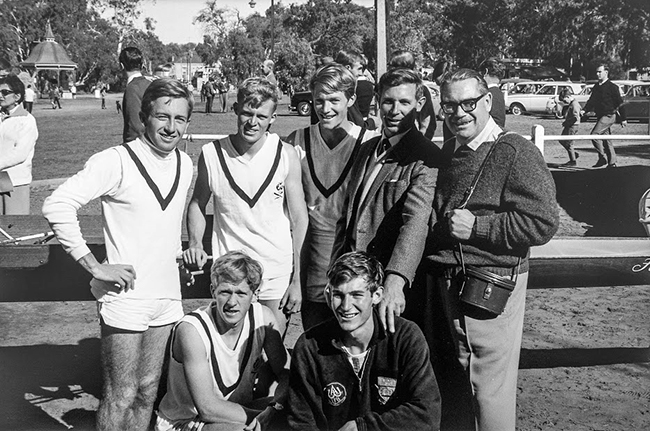