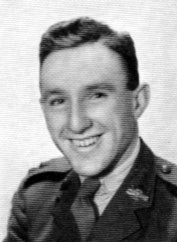 LT Claude Robert Nethercote hailed from Kerang Victoria and was known as Bob.

He joined the Club as a junior member in 1936-37 season. Whilst his rowing was not of any note, in fact we could not find a racing reference for him, he was a well known and popular club member.

He enlisted on 27 Oct 1939 at Hawthorn into the infantry and served in the 2/2 Australian Infantry Regiment. He saw service in North Africa where he obviously served with distinction as he was mentioned in dispatches.

Sadly, he died fighting in Egypt on 3rd January 1941 aged 24. Rob is buried at Halfaya Sollum War Cemetery, As Sallum, Maṭrūḥ, Egypt. He was the first Australian artillery officer to be killed in action in WWII.

The following description of his military life comes from the Royal Australian Artillery Historical Company and published at: bio_nethercote_claude_robert.pdf (artilleryhistory.org).

Bob Nethercote was born in Kew, Victoria, on 16 July 1916, to Claude and Myrtle Nethercote of Benjeroop, via Lake Charm. He was an insurance accountant and had joined the Militia in 1934 serving with the 10th and 15th Field Brigades and was promoted lieutenant only three weeks before joining the 2nd AIF. He arrived in the Middle East with his unit in May 1940 and apart from unit training spent a month at the Middle East Weapons Training School, and two weeks in hospital with Sandfly Fever.

On 3 January 1941, 2/2nd Field Regiment was supporting 2/6th Infantry Battalion at the Battle of Bardia. The CO, Lieutenant Colonel Bill Cremor, had assigned Nethercote as a Forward Observation Officer with the battalion for the attack covering the right sector company’s lines of advance near Wadi Muatered. Another OP party was established on the old Italian frontier wire, which also had the task of preventing the southward escape of Italians. Nethercote’s companies were enveloped by accurate shellfire. At 1100 hours, he was killed ‘instantaneously’ by a shell burst, becoming the first Australian artillery officer to be killed in action in WWII. The battalion commander said of him ‘that he was an inspiration to his men, doing a sterling job in the toughest spot”. He was awarded a posthumous Mention in Dispatches.

The following tribute to him was published in "Action Front," signed "W. E. C”, the CO:

"He was my friend, but he was also everyone's friend for who could know Bobby and not like him? Years ago, or so it seems, he joined my Militia battery as a recruit and as soon as he became a bombardier, we began to appreciate what a sound officer he would make, because any job you gave him you could be sure would be done quietly and efficiently. As a sergeant he was, and so was the detachment he trained, the outstandingly best in the battery. His commission arrived just before war broke out, and he was one of that band of Militia officers who did not hesitate once the opportunity came to join the AIF.

And so his sphere of usefulness widened. Always keen to acquire more knowledge for himself, he believed in passing as much as he could to his troops, and in that regard he was tireless. Gifted with a quiet sense of humour, he was that ideal officer, one who knows how to act as a buffer between his seniors and juniors without irritating the former or losing the respect of the latter. He was intrinsically just: to the shirker he was merciless, but nobody could put a more forcible defence for a junior if he felt that the junior deserved it. So when an officer had to be selected for the most difficult FOO job at Bardia, naturally it was he.

How well he did it was told afterwards by the CO of the battalion to which he was attached but it was no more than we who knew and loved him knew he would do. And so the end, which mercifully was instantaneous. Bobby will never fade from our memory. His love for simple things, his home at Benjeroop, an al fresco supper after a hard day's training, a day's fishing, his quiet smile and his loyalty, were qualities which endeared him to us all and made him what he was, one of nature's gentlemen and the best type of Australian officer."