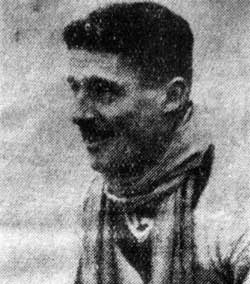 1929 - The Boat Race OUBC and President of Club

Whilst a successful oarsman, Hurtle was well known as a coach. The Adelaide Rowing Club history "The first 100 seasons" records:

Hurtle Morphett was one of those coaches who had that charisma earned by having been a most talented oarsman and knowing all about rowing, having rowed in the Oxford boat in 1928 and '29, having been President of the O.U.B.C. when they beat Cambridge after 13 losses [Editor - Correction, Oxford did not win in 1929], having rowed in the S.A. crew in the 1935 King's Cup and so on. Every man hung on the few words he had to say, and carried out those instructions to the letter, but Hurtle did not have as many opportunities to coach A.R.C. crews as successive committees would have liked, being a man with many business responsibilities. 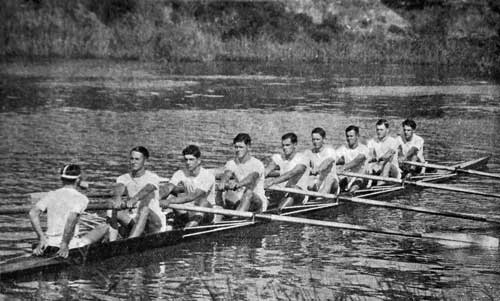 Above: Hurtle in the stroke seat of his Geelong Grammar crew in 1925

He also had a distinguished war record. The Adelaide Rowing Club history "The first 100 seasons" records:

Hurtle Morphett was Major, second in command in the field, Second 48th Battalion, in New Guinea and the Pacific Islands. The 48th was the most highly decorated battalion in the Australian Army in World War II, with four V.C.s and many D.S.O.s, and M.C.s, including Hurtle's M.C. in New Guinea. He was also one of the Rats of Tobruk with the 48th when they successfully defied Rommel's attempts to capture that seaport and defended perimeter in the Western Desert campaign before Japan came into the war.