Angus started his rowing at Brighton Grammar School and rowed in the first crew in 2014 and finished third. The same crew finished second in the State Championships.

He joined Mercs in 2015 and had a good base season to launch his rowing career. He had several wins in local regattas in under 21, and grade rowing. He sculled as well as rowed in sweep boats. At the State Championships, he had wins in the under 21 single scull, under 21 four, C grade double scull and A grade four. At the Nationals he had podium finishes with silver in the under 21 quad scull and bronze in under 21 double scull.

Above: Angus in winning elite eight for the 2016 Grand Challenge Cup at Henley on Yarra. Angus is standing far left. 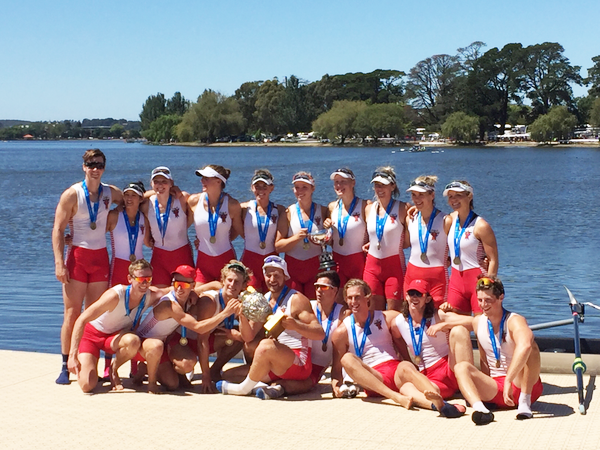 Above: 2016 State Champion Eights, both men’s and women’s Champions. Angus is in front row second from right

Why rowing? The camaraderie and competition.

Why Mercs? The best club in the country.