Neil commenced his rowing at Nagambie in the mid 1950s, recording his first win as a coxswain in 1956. He was steering a Nagambie novice four at the Nagambie Regatta.

It should be noted that Neil was well guided throughout his rowing years by his Club's Captain, coach and father, Alf Lodding. 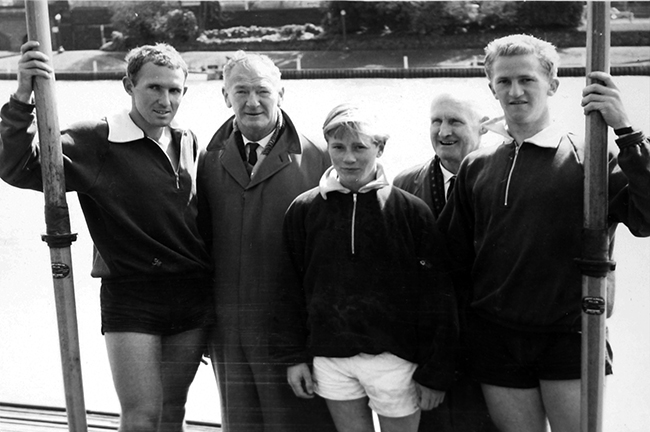 In 1962, this youthful pair combination of Lodding (18 years old) and Richardson (19 years old) attempted selection for the Empire Games in Perth. The season started well with a senior coxless pairs win on the Yarra River and they then continued to win the pair oared races throughout Victoria. These races included the Victorian Championship, the first pair oared championship for Nagambie in over 40 years.

The most challenging race in 1962 was at Henley against Mosman's Grace and Hatfield, also aiming for the Empire Games. Steering issues caused the race to be stopped at the 1000m mark and the race restarted. It finished in a desperate dead heat. Similarly challenging was the NSW Championships that year using a borrowed boat which did not turn out to be suitable. The crew finished third. Rowing supporters in Nagambie funded the trip.

The test races in 1962 tested the young crew finishing third.

The disappointment of 1962 did not phase them or their coach. Alf Lodding was quoted in the Bendigo Advertiser on 1st April 1963 that his crew was the best in Australia and they were being set for the Tokyo Olympic Games. They had another successful season.

The 1963-64 season started with a rare defeat for the Nagambie pair at the VRA regatta after being disqualified for steering difficulties. A significant change was made to the coxed pair combination with the loss of cox Graeme Lodding, cousin of Neil, and the introduction of 14 year old Wayne Gammon as cox.

At the National Championships in May 1964, The crew raced both the coxed and coxless event. In the coxless pair race, they led through the first 1000m with their trade mark fast start. However the Mosman crew rowed through them rating 40 the whole way through the race. Over the last 250m the Nagambie crew and being one length down, they recognised defeat and slowed down to prepare for the coxed pair event later in the day. The local newspaper recorded that they won the coxed pair event easily by a nine second margin. This win was its 53rd pair oared win.

Sadly the Olympic Games result was disappointing for the crew but a great achievement for this country town crew. 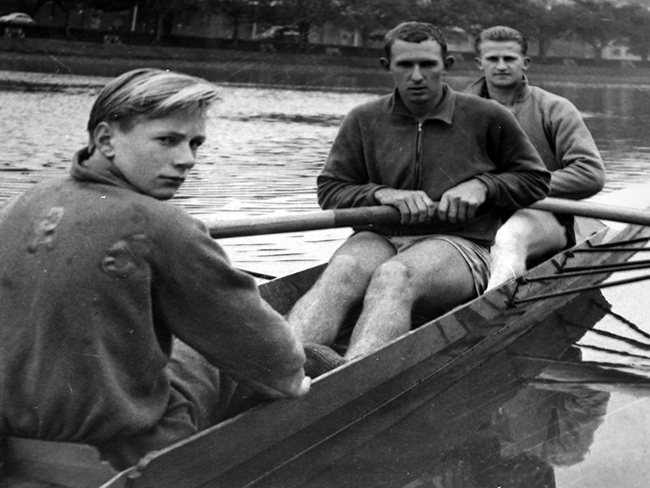 In 1964, from the left Wayne Gammon, Bruce Richardson and Neil Lodding

Neil continued rowing after the Olympic Games in a new pair combination with Ron Bryant. This combination worked well for this season but did not continue.

Neil turned his attention to club administration which he continued for most of his life. During his time as President, he presided over the purchase by the Club of a hotel and gaming venue, and the creation of a national standard rowing course in their city. He has made a significant contribution to the sport of rowing.

1975 - onwards - President of Nagambie Rowing Club in most years