He started rowing at Drummoyne Rowing Club in 1965 where he achieved great success, undefeated in novice, maiden and junior fours. In 1969 Brian Denny came to the club and when rowing with Brian, won the Club's first senior four race in over 50 years.

With the departure of Denny to Canada in 1970, John was asked to row for Haberfield in preparation for  the 1970 Australian Rowing Championships. He finished a close third in the coxed pair with Phil Wilkinson in the stroke seat.

John continued at Haberfield untill 1972, winning many races in the 1971 season including The Gold Cup, NSW Champion Eights, coxed and coxless fours and coxed pair, all in one season. He was overlooked for the NSW Eight in 1971.

In 1972 he came second in the NSW Champion eights, coxed four and coxless four. Rowing in a composite Haberfield, Sydney and Drummoyne combination, his crew was just beaten by Sydney in a close finish at the NSW Championships. That same crew went on to win the Olympic test race in a very fast time. 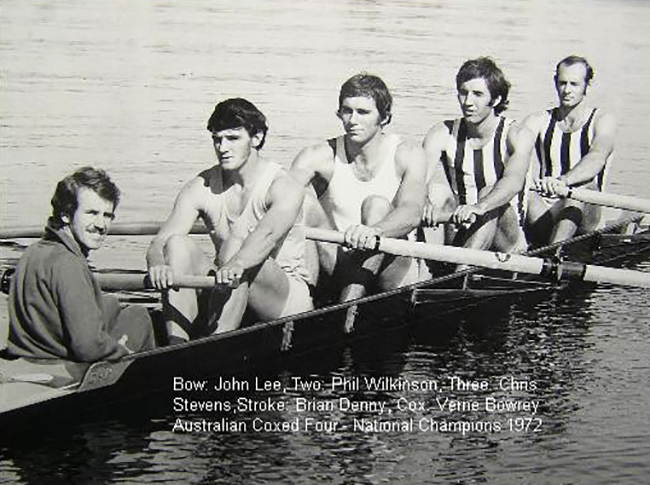 John was selected to represent Australia and competed in the men's coxed four at 1972 Olympic Games in Munich. As an aside, his fellow senior oarsmen from Drummoyne days, Brian Denny, was selected as stroke of the four. Tragically, he was electrocuted a few months before the Games. They named their boat in his honour. 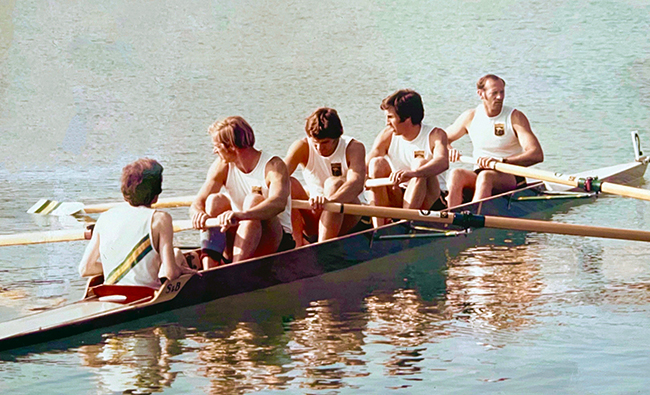 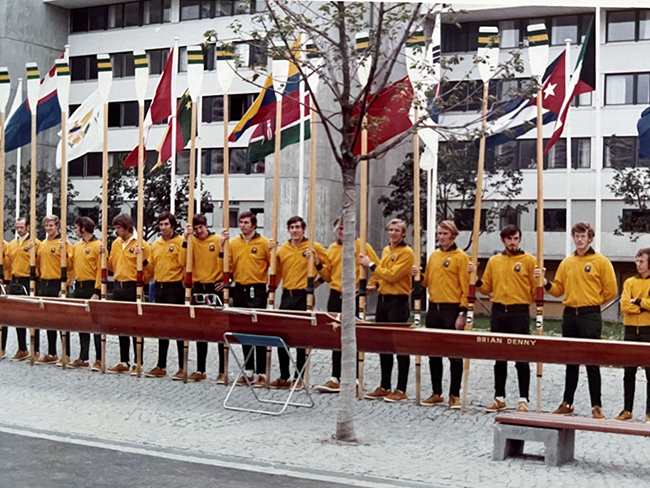 The naming of the Brian Denny

Scoring the highest rowing ergometer score of the squad, he was selected in the winning 1974 Kings Cup Crew, being over looked for the Australian eight oar crew. He retired from elite rowing that year. 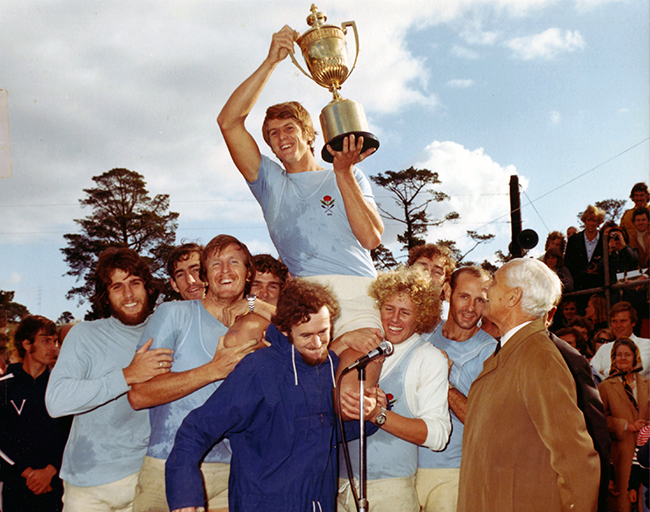 Presentation of the King's Cup to NSW by the Victorian Governor. John is immediately to the left of the Governor.

In 1975 he moved to Emu Plains where he started coaching at Nepean Rowing Club. He was successful at Nepean, winning State and National Championships in junior eights and fours. He coached the Australian Double Scull at the 1978 World Rowing Championships.

Over the years he has contributed to the success of Olympians and World Rowing Championship rowers and helped guide them in the right direction. Some of his rowers have become Olympians.

Moving back to Sydney in 1979, he won many State and Australian Masters races and was successful many times competing at the World Masters Regattas.

Over the years he coached many Masters rowers

Starting rowing for the first time, MLC Girls School Burwood asked him to coach their crews. He did this for over six years. The school was successful in seven Head of the River Championship wins, as well as the NSW Girls Youth Champion Eights, in a composite MLC/Haberfield RC Crew.

Leaving coaching for a year, he was approached by Roseville Ladies College to coach which he did over the next four years, during that time the school was successful in winning four Head of the River Championships.

John was destined to have a sporting career. His father Oswald played first grade rugby league for St George Dragons (1937 – 1939, to the start of WWII) while his mother Florence (also an Aunt to Bobby Pearce) was a NSW champion swimmer. On her times, she was selected to go to the 1932 Olympics but sadly only being 14 years old at the time, her father wouldn’t let her go.