In 2015 he broke his shoulder so his rowing was put on hold until winter. In June 2015, he started rowing with the Mercs youth squad and had a great winter preparation. 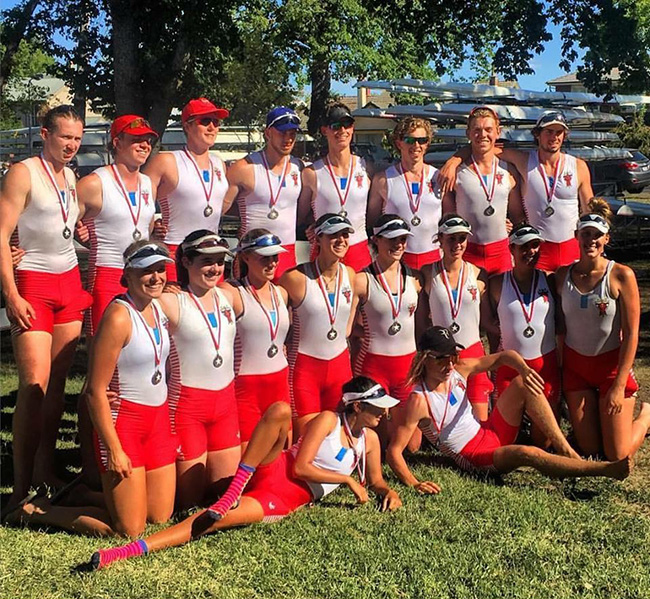 His 2015-16 season has been superb with great wins at the State Championships and is a member of the Victorian Youth Eight. Jack is now looking forward to a good National Championships

Above: Winning under 21 eight at Barwon – Jack third from left

When asked about his memorable races, Jack mentions his first race for Mercs in the Men’s B eight at the Melbourne Head.

Why rowing? “My cousin and sister rowed and were good at it. Told to try it and liked it. Love that it is a water sport and the mateship of it.”

Why Mercs? “Good people, good fun and it works.”