One of the greatest contributors to the sport.

Jack Pritchard succinctly and aptly sums this up in his book Rowing in Queensland published in 2004: In his spare time he operated a flourishing medical practice.

The following description of his activities provides an outline of that superb contribution. It is an understatement to say that his award of an OAM for services to rowing and his Australian Sports Medal are richly deserved.

However it does not record the numerous problems which he solved, the stress of pulling Rowing Australia back from the abyss in 1996 when it was taken over by Sport Australia and the Australian Olympic Committee, the personal financial and time contribution to the detriment of his family and personal well-being, his contribution to Australian teams, the delightful and friendly way in which it was done and most importantly, all his decisions were taken with the sport’s and the athletes’ best interests at heart.

His story is remarkable. 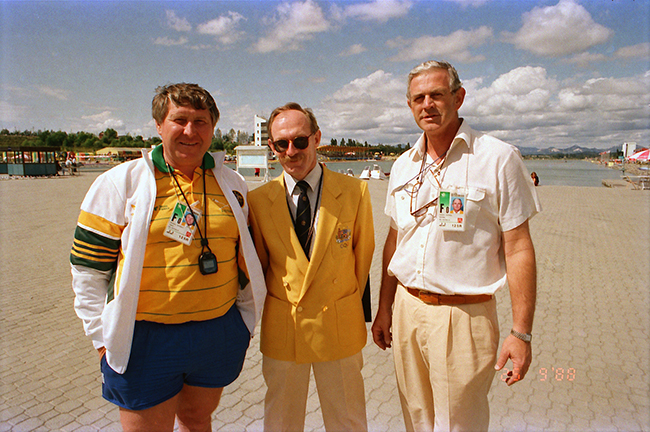 Reinhold Batschi, John Boultbee and Stephen at Seoul Games in 1988

1971- present – An official at every Australian Championships except one

1975 – Member of the organising committee of 1975 Australian Championships

1993 – Chairman of the Organising Committee for 1993 Australian Championships

1997 – World Junior Championships – team doctor and member of the jury

2015 – Rowing Australia Volunteer of the Year 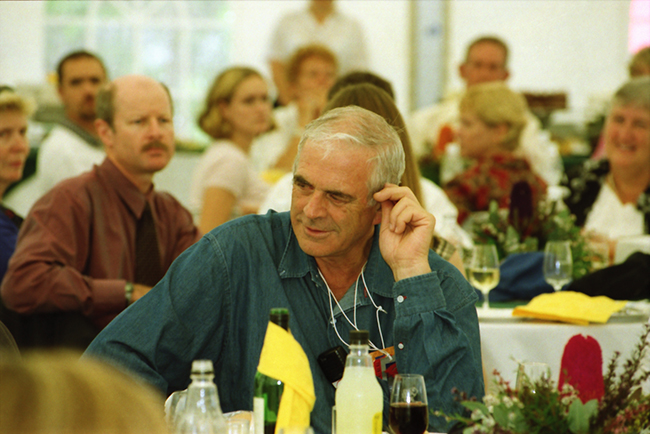