Peter rowed at school and did not row afterwards and played football instead. It was only when he his younger brother Paul continued to row and rowed successfully that Peter was inspired to get back in the boat. He was emergency for the Victorian crew in 1960 and then was included in a four for the test races for the Olympic squad. The four did well and was selected for the Games. Peter did not continue rowing after the Games. 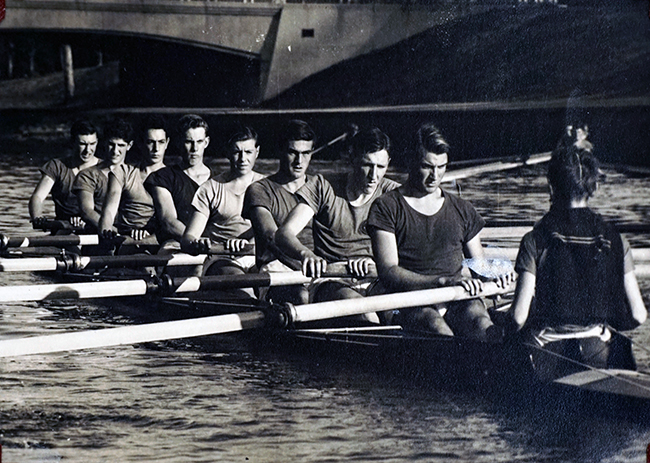