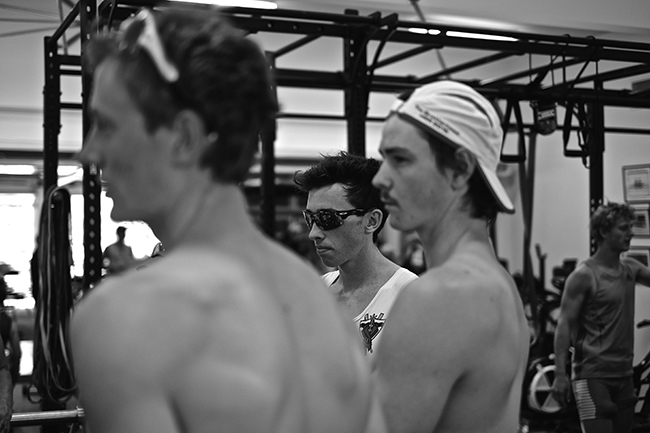 Coaches instructions before 2015 Head of the Yarra - Jayden centre

Jayden rowed at Carey Grammar in their 2012 and 2013 first crews. After a year off, he then joined Mercs in 2014. As he joined half way through the season, he suffered the disappointment of not making the youth eight that year but still achieved a couple of medals at the 2015 Nationals – silver in the under 21 quad and a bronze in the Mercs lightweight eight.

His career as lightweight grew from this first season.

From your correspondent's perspective Jayden has demonstrated the key attributes required of rowers, namely persistence, teamwork and of course, time management. He genuinely loves the people involved in the sport and the Club. When asked about personalities that stand out to him, he responds: Literally every person at the club is unique and awesome in their own way, that's why I love Mercantile.

When asked about his best race, he picked 2019 NSW Championship lightweight scull. Why? In terms of effort expended and intensity, this race really stands out to me. Race was for invites to trials to then go on to qualify for the 2020 Olympics. A lot of the other finalists were very talented and I knew they were going to be very tough to beat, so I might as well lay everything on the line, because there were no second chances. Off the start I just threw the baby out the window and went for it. Recorded my fastest first 1000 and was sitting in second place, in front of the eventual winner to my amazement. Second 1000 was no where near as spectacular, and I really paid for what I did earlier on, blowing up with 600 to go is never fun. Finishing in 5th or 6th, it was definitely the hardest I've ever raced, and one of those efforts you still feel days after. I knew it would take a miracle for me to make podium, but I definitely did not leave anything on the water for a race that counted the most.

And the most memorable race? Winning 2019 Penrith Cup. After being bitterly disappointed with our performances from 2017-2018, and with this being the last race for myself and Michael McNamara as lightweights, this was the year to go for it. Teaming up with Redmond Matthews, James Crouch and with James Wilson coaching, this was definitely the strongest crew we've put out. After winning the open lightweight four title the day before, we had a lot of confidence in our ability to go out and put in a good performance. In a big headwind, crews went for it off the start, and we found ourselves way back in the field at the 500, but we were very much in our rhythm as we started to push up on the leaders. It came down to us and NSW fighting it out through the middle part of the race, but we had the strength and rhythm to get through. In the last 250, we had just broken contact for a clear water lead, and my only thought at that point was not to mess up. We held on for the win, first time Victoria has won in 23 years, definitely the best way to finish my time as a lightweight rower and a crew performance which I'm very proud of. 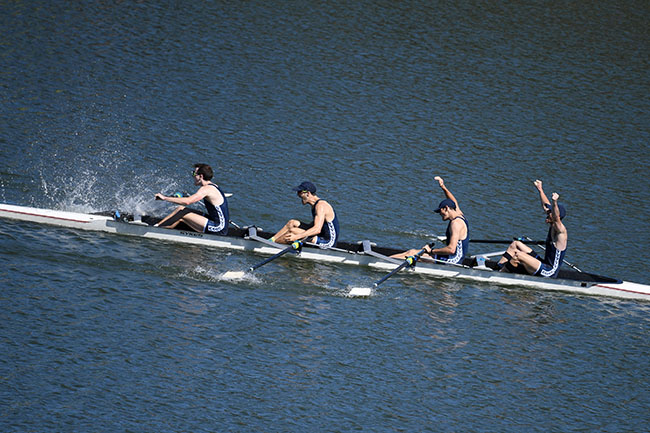 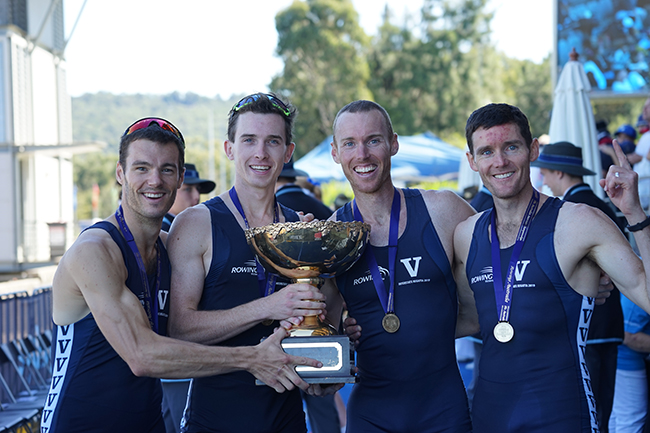 Why rowing? Mainly, the people that you meet and trying to be the best with your closest mates.

Anecdotes? Head of the Yarra function activities which will not be repeated here. No wonder the event is no longer held!