Peter Gillon died in December 2018 after a long illness.

Peter started his rowing at Xavier College where he raced in their first crew in both 1955 and 1956. He continued his rowing outside school at Yarra Yarra and then Mercantile. His career was long and distinguished and included the following representative crews: 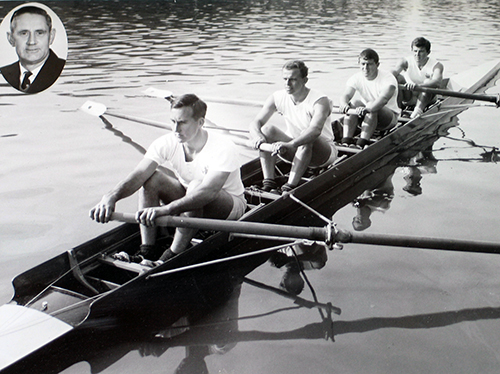 Peter as the stroke of the 1964 Olympic coxless four

Peter was also a good sailor. His son Karl notes: Dad was a life time member of the RBYC & one of the hero’s of the sailing club having won State, National & even a world title in Etchell’s Class.