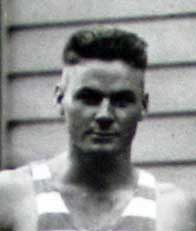 Mr. L. A. Einsaar, who served as a pilot officer of the Royal Australian Air Force, this week received the official certificate, signed by the Secretary of Air, which sets out that he was mentioned in despatches for distinguished service. Mr. Einsaar had previously been awarded the coveted Distinguished Flying Medal, which was pinned on to his uniform by the Duke of Gloucester. The citation covering the mentioned in despatches recognition reads: "By the King's order, the name of Pilot Officer L. A. Einsaar, D.F.M., R.A.A.F., was published in the London Gazette of June 14, 1945, as mentioned in despatch for distinguished service. I am charged to record His Majesty's high appreciation. (Signed) Harold Macarthur, Secretary for Air." Mr. Einsaar, who resides at the Agricultural Hotel, is a distinguished athlete. He represented Australia at the 1936 Olympic Games as a rower and sculler. 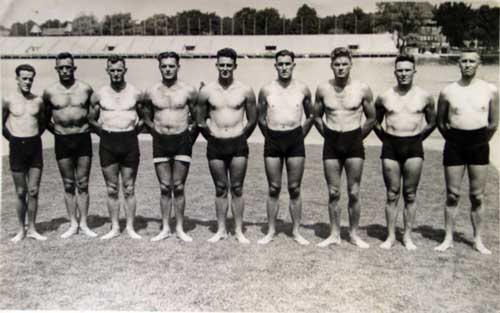 The 1936 Olympic Eight in Berlin