His love and devotion to the sport is evident in the quality of his work and the respect that he commands within the sport. He is particularly appreciated for his excellent service to the sport as a long term team manager and commentator.

It is therefore no surprise that he has been elected a life member of his club, Rowing Queensland and of Rowing Australia Ltd. There are very few people who have achieved that level of recognition. After his most recent life membership of Rowing Queensland, he advised that he was "Humbled to join the likes of Dr Steve Hinchy, Jack Pritchard and Bob Alexander."

His contribution to sport goes beyond rowing and is also highly regarded. Amongst many other sporting contributions are 17 years on the Queensland Olympic Council including eight as Vice-President, member of the Queensland Rugby League Anti-Doping Tribunal and 20 Years with Sport and Recreation Queensland, the Queensland Government Department of Sport.

When asked about the highlights, he drew on some interesting situations. He was honoured to do the  commentary for the race in which Sir Steve Redgrave won his fifth consecutive Gold Medal in Sydney in the coxless four, even though there was an Australian Crew behind them. "What Steve did will never be repeated!! I said that in the commentary."

He then turned to his team management highlights and referred to two situations. Firstly the London Olympics, seeing "Duncan Free, who I have known since he was about 14 years old, win a Gold Medal in front of his lovely family who I was great friends with over many years." His second team management highlight came at the Rio Olympics - "to be on the Team for 10 Years with Kim Brennan nee Crow and to see her win a Gold Medal in Rio. Have never seen anyone male or female train as hard as she did in 2016."

Ray deflected the question on achievements to referring to the joys of participating in growth of individuals and relating to them meaningfully. He added that "I believe that I am still able to relate to all of the athletes over 12 years and have seen them grow as individuals. For example, caught up with Matt Ryan last week at Wyaralong and he tells me his oldest child is in year 6, he was on two Olympic Teams with me and saw him mature into a fine young man, husband, father and now successful coach."

Ray is one of the great contributors to our sport. 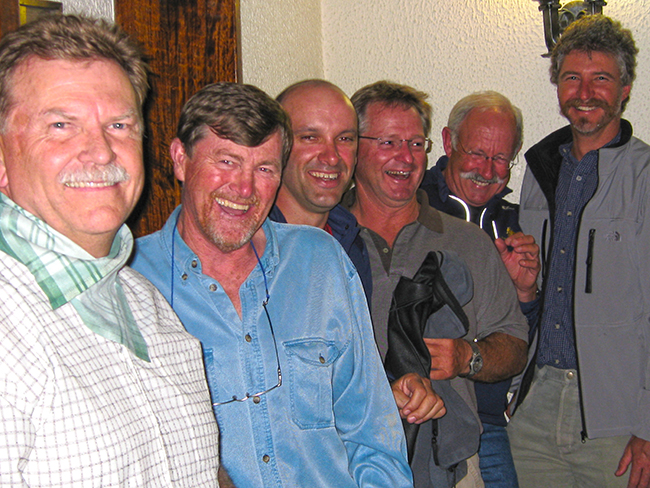 Now some of the details.

1976 - National Championships, Junior Four two seat - Fifth. Interestingly one of the other great administrators of the sport Chris Noel of Sydney University Boat Club raced in an opposing crew.

1988 - Ray ceased competitive rowing but coached at the Club thereafter whilst rowing masters.

- After retiring from competition in 1988, he became a Boat Race Official for Rowing Queensland which he did for about 10 years.

- Club delegate to Rowing Queensland for a number of years.

Circa 1993  - Pine Rivers Rowing Club changed the constitution to allow a Boat to be named after Ray which until then had not been permitted. Also awarded Life Membership of the Club at this time.

1991 - Elected to Rowing Queensland Board

2000 - Olympic Games - selected by FISA to be the Australian commentator

2021 - Elected as a life member of Rowing Queensland

Ray continues to serve the sport well in his retirement years and the quality of his work is not diminished.

Ray has another whole side to his life, not known to fellow rowers. He is a renown education administrator and leader in the Lutheran Church.

Ray Ebert being the first person in a governance position to receive this award, was honoured for his leadership as Living Faith continues to strive in contemporary schooling. Ray Ebert is a well-rounded lifelong learner whose leadership has made Living Faith Lutheran Primary School a go-to place to learn about educational innovation and change management processes, and to witness innovative architectural design. Ebert steered the development of a strategic drive, which as opposed to a strategic plan or strategic intent, is aspirational and dynamic, stirring up dialogue and action to agitate, be disruptive, and inspire innovation. Under Ebert leadership, a new approach to mathematics has been developed, based on the work of Stanford University’s Jo Boaler. This includes a magnificently-orchestrated approach to professional learning which includes, amongst other things, all teachers completing a Stanford University course. In the past 12 months, Ebert has also been involved in building plans for a new and innovative junior primary precinct and the installation of an adventure playground, rustic outback playground, and a retreat playground.

So apart from his excellent work for the Living Faith Lutheran Primary School where he been a member of the council for 17 years and Chairman since 2015, he has served in senior leadership positions in his Church, the Church's District Council and the Council of Lutheran Education Queensland all for long periods.

He is a superb leader in his Church.