Gina (Georgina) comes from the Douglas rowing clan headed by her father David who was a silver medallist at the 1968 Olympic Games and which also includes her brother Robert who was an U23 and Open Australian representative rower. Interestingly, she was under no pressure to row and did not commence her rowing until she left school. Gina enjoyed all types of sport and did all sports available at school. Her preferred sport was running but she realised that it was not going to take her far. So after a row in a tub pair with her mother and being coached by her dad, she joined Yarra Yarra Rowing Club to learn how to row.

Yarra Yarra Rowing Club coaches Rob Jones and Chris Long took her on in 1991. This was to be a successful time as Gina was selected into the Victorian Youth Four in 1992 which won the Bicentennial Cup.

It was in the 1992-93 season that Gina and another prominent young rower Courtney Johnstone moved to Mercantile.

As a highly talented rower, she thereafter skipped under age rowing entirely and was thrown straight into senior ranks in all boats. She became a consistently high performing senior rower over two Olympiads.

There are many highlights to her career including: 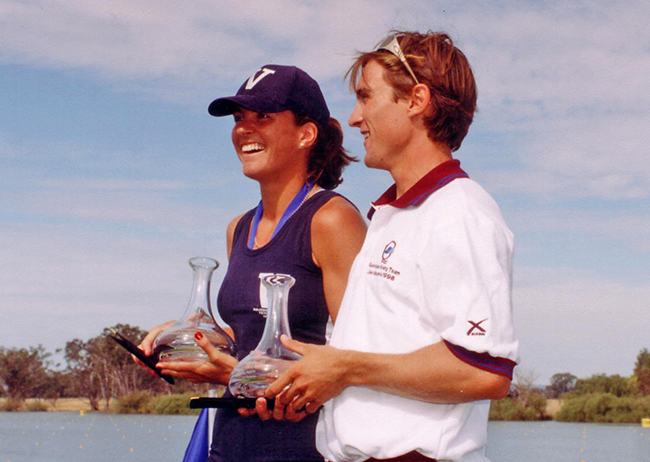 When asked about her most memorable race, she chose a sculling race at Nagambie. She had just completed a school camp where she had undertaken the same training as the girls, plus her own. Put plainly, she was exhausted mentally and physically and in no mood for a race. She told her coach Noel Donaldson she was out. An almost unrowable cross head wind which made the first 1000 metres dangerous in a scull, did not make the thought of racing any more palatable. Noel somehow persuaded her to start with the statement that scullers need to race under any conditions, and regardless of mood. As expected she struggled with the conditions and was out-rowed by her lightweight opponent Christine Camilla. So much so, she was 200 metres behind half way down the course. It was then that she made up her mind that she was going to be a sculler and one that could manage all issues. So with 750metres to go, she put the foot down and hauled in her opposition and won the race.

Any other turning points? Yes, she also mentioned that in 2000, she was overseas with the team and after a regatta in Vienna, she made changes to her regime. Her changes resulted in materially improving her performance and being more autonomous in her decision making, taking the information she needed as a sculler and removing ‘the noise’ that can often surround athletes.

So why the change from sweep to sculling? Georgina had spent the period leading up to 1996 Olympic Games as a scholarship holder at the AIS. It was a not a great experience for her and her confidence was low. Sculling was her outlet to achieve this change, and allowed Gina to develop confidence in her own abilities.  This shift was effective almost immediately, learning how to scull in Stephen Gillon’s scull, which he generously lent her and being selected in the Australian Rowing Team in 1997.

Interestingly these answers show the importance of athlete generated changes for performance improvement.

So what do you like about the sport? The challenges, hard work, different measures of success (winning isn't everything) and the community at Mercs. When you train as an elite athlete, study, and then work to makes ends meet, Mercantile becomes your home and fellow rowers your family. Being inclusive and treated as an individual was important to her.

Mercantile has been a part of the Douglas family for decades and her memories go back to the ‘old style’ Christmas Parties when she was a kid and her father was still an active rower.  The transition to rowing at Mercantile was easy, it was the Mecca of rowing in Melbourne.  She looked up to the high performance athletes and aspired to be like them.  Mercantile provided the platform to be the best version of yourself on the water, with support both on and off the water.

Outside rowing, Gina is a noted and respected educator, with leadership roles at  St Catherine's Girls School at the time of writing this profile.  She married Australian Rower Stuart Peele has two daughters, Zara and Emma. 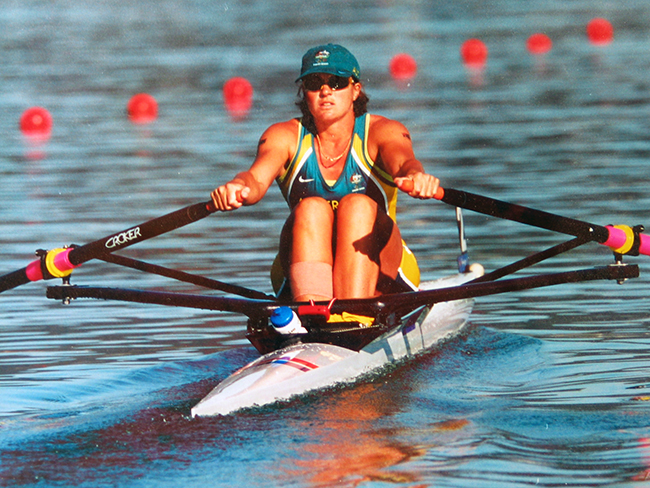 Georgina continued to row for part of the 2001 season before retiring from competitive rowing. 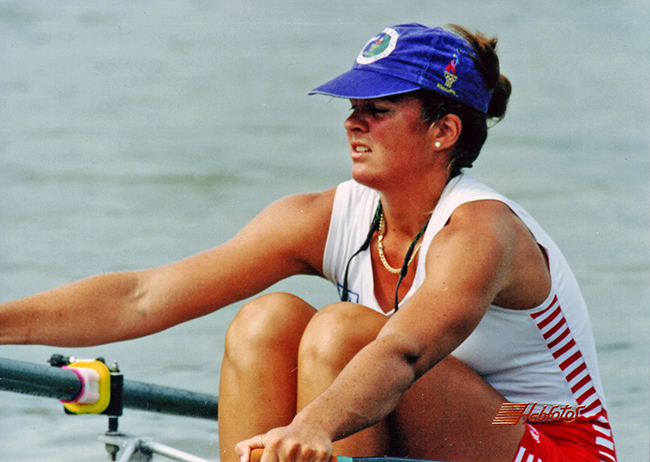