Captain and later Patron of Leichhardt Rowing Club.  He was also a key person in the development of the rowing ergometers. John Harrison designed and Ted Curtain built the next generation of rowing ergometers following on from the Professor Cotton ergometers. 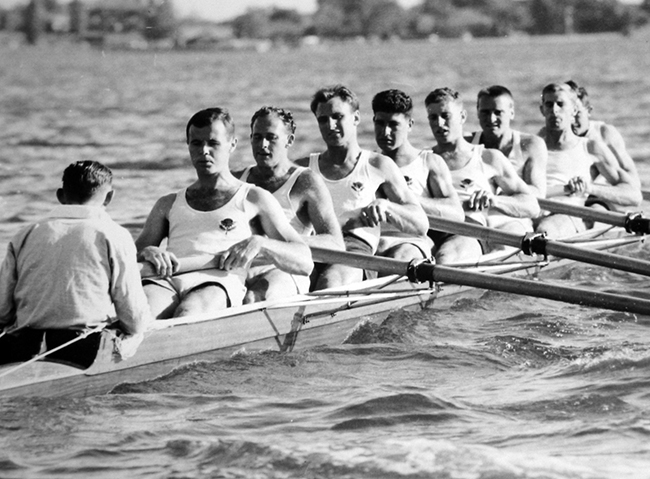 Ted in the seven seat of the winning 1959 crew