In 1956, Mick Easton was putting together a coxed four for the Olympic trials and had three young oarsmen, needing a fourth more experienced rower. They approached Hawthorn Rowing Club who recommended Gordon Cowey, a 26 year old and more experienced oarsman. He was smaller than the rest of the crew but provided the balance and experienced oarsmanship that was needed.

After the Games, Gordon returned to Geelong and raced both there and in Melbourne with Olympic colleagues. He maintained an interest in the sport throughout his life. 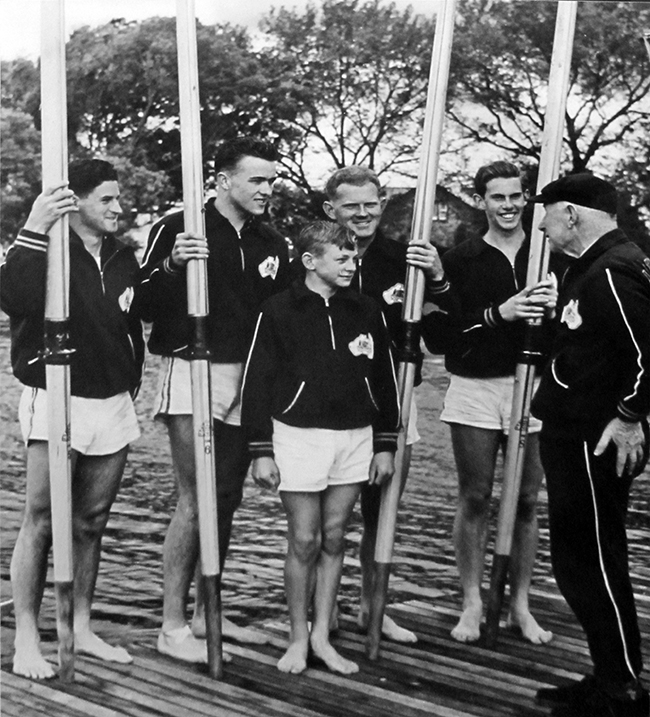