John Henry Connell was the second of ten children. Born on 24 May 1860 in East Collingwood, Melbourne, to William Henry Connell of Dublin, and Mary Connell (née Ingall) of London.

Although family circumstances forced Connell to leave school at the age of thirteen, he was to become an extremely successful businessman, a recognised connoisseur of paintings and antique furniture, and a respected member of the Melbourne art community.

Whilst we rowers are interested in the rowing interests of John Connell, he was perhaps best known as a prominent Melbourne publican and nephew of Thomas Joshua Jackson of Young and Jackson's Hotel fame.

Thomas Joshua Jackson (Of ‘Young and Jackson’s Hotel’) by Andrew J Kilsby describes the connection as follows: Thomas Joshua Jackson was born in Dublin, Ireland in 1834, and emigrated to Victoria around 1852, but not much is known of these early years of his life. Research in Ireland has revealed little, other than that he was probably an only son. His life from 1852 was inextricably linked with those of his aunt’s families. Jackson’s aunt, Sarah Connell, née Heaton, married in Ireland for the second time at the age of forty, to Henry Young, a law clerk. The Youngs had one child, Henry Figsby Young, in 1845, and emigrated to Victoria in 1849 with three children. These were five-year-old Henry and the two youngest children from Sarah’s first marriage – thirteen-year-old John Connell and nine-year-old and only daughter Sarah Isabella Connell. Sarah Young’s eldest son, William Henry Connell, appears to have arrived separately in Victoria about 1851. William Henry Connell was the father of John Henry Connell.

To the art community, he is best known for his art collection which was donated to the Victorian Art Gallery. Quoting from an article written by Laurelee MacMahon on 13 Jun 14 'John Henry Connell: the man and his collection': "The National Gallery of Victoria’s Connell Collection provoked great excitement when first exhibited in 1914. It was predicted that John Connell’s massive gift, comprising furniture, decorative arts, and pictures, would ‘prove of inestimable value and interest to the student, to the connoisseur and to the inquiring public alike, inasmuch as it embraces certain branches of the crafts in which the gallery has hitherto not specialised to any exhaustive extent’. Today, the National Gallery of Victoria recognises the Connell Collection as having considerable historical significance. It laid the foundations for the Gallery’s specialised collection of decorative arts and established this area as ‘a vital part of the Gallery’s overall collection’. On a broader scale, it helped educate and form the taste of a whole generation of Melburnians, as had been predicted in 1914."

Back to his rowing:

He was a great supporter of community groups which included Yarra Yarra Rowing Club and a great benefactor in Melbourne. 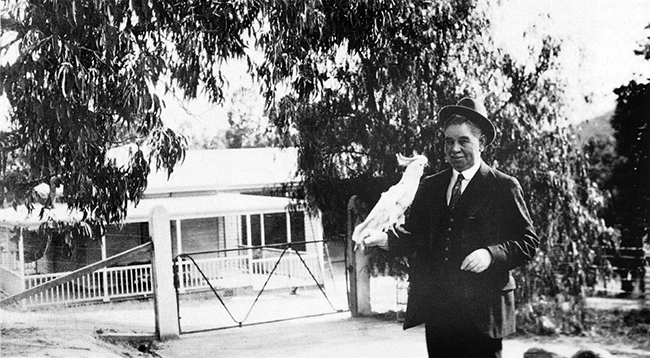 The article written by Laurelee MacMahon titled 'John Henry Connell: the man and his collection' is a great story and provides a great insight into this kind and generous man: https://www.ngv.vic.gov.au/essay/john-henry-connell-the-man-and-his-collection/.