Mr Coates was a champion of his day winning the Grand Challenge Cup in Melbourne three times in succession. This race was the most prized event of the time. They also won the trophy outright having won the event three times in succession. This superb trophy depicts the city of Melbourne and rowing on the river in 1860. Apart from being one of the two oldest rowing trophies in Australia, it is without doubt one of the most beautiful and important trophies in Australia. 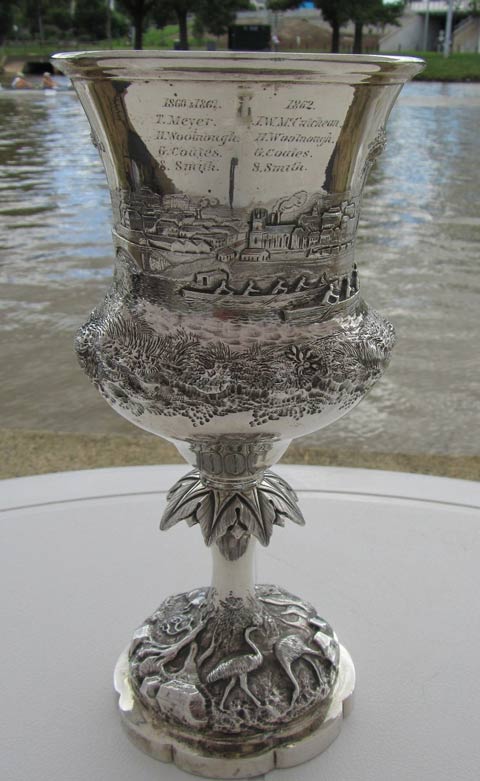