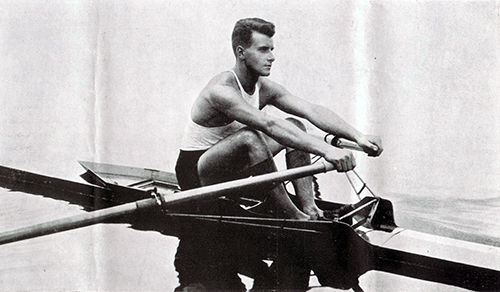 Bull joined Leichhardt Rowing Club after the war and went on to be best Australian sculler in his time. By 1922, he was both the NSW and Australian champion, a position he maintained through to the Olympic Games in 1924.

For the 1924 Olympic Games, the State Associations each nominated a representative to act as a selector to choose the Australian team. The Australian Olympic Federation (as it then was) agreed to send an eight and sculler if the panel recommended these boats and if their expenses were guaranteed. The panel selected the in-form Murray Bridge Rowing Club crew, from South Australia, on the condition that they met any challenges on the Port Adelaide course. Bull was similarly nominated. Several crews challenged but the selected eight and sculler survived and went on to represent Australia at the Games.

At the Games, Bull won his heat taking him through to the four boat final. Sadly illness on the day left him unable to finish the race. He was subsequently diagnosed with a heart problem and never raced again.