Richard Raymond Brewin died on 29 November 1941 aged 26 on active service.
Raymond was a Sergeant with 457-Sqdn flying in Spitfires. He failed to return after an operational sortie from the United Kingdom. He was lost at sea and no wreckage nor body was recovered. He is therefore presumed to have died when the plane crashed into the sea and was drowned. By the 14th December that year, his Squadron Leader wrote to Mrs Brewin to advise that there is now no doubt that he had lost his life in the service of the Empire.

His squadron leader described him as follows: Sergeant Brewin was a pilot who always carried out his duties in an efficient and able manner, and was a credit to the Squadron. May I convey to you on behalf of the Squadron and myself that you will find comfort in your sorrow in knowing that your son carried out his duty to the last.

Raymond is memorialised at Runnymede War Memorial in England for those who were lost in sea. At the same memorial is his half brother Patrick Hope who died on service at the age of 21.

Raymond Thomas Brewin and his brother Richard Ramsay Brewin were active members of the Club in the 1930s. They were the classic Clubbies, the backbone of the Club rowing maiden and junior races over a long period of time with limited success. They both rowed in summer and both played rugby in winter with the Harlequin Rugby Club, a club which had a long association with Mercs. They rowed continuously from 1932 through to the war and won a race with famous members Arthur Atkins and Deane Morgan. And like Arthur, they were all in the air force. Sergeant Ray Thomas Brewin was a Spitfire pilot, Sergeant Ramsay Brewin fought in WWII in a Beaufort Bomber – 100 Sqdn and their half brother Patrick Hope Brewin, also killed in WWII, was a Warrant Officer in the Sunderlands 461 –Sqdn. serving in Sunderlands. 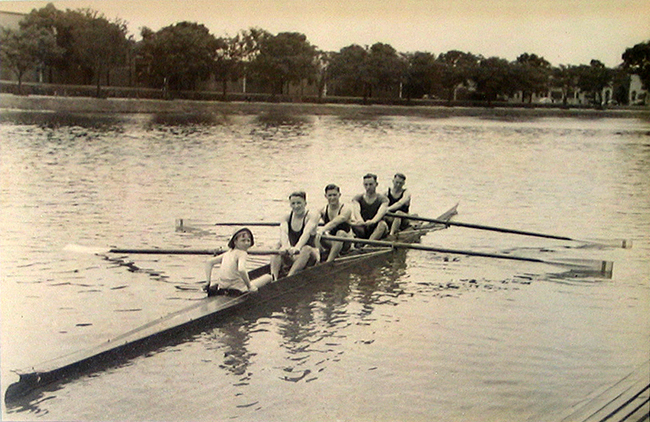 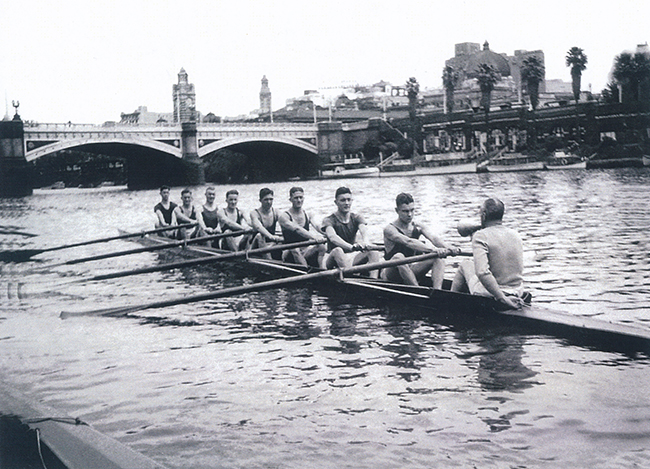