The following has been taken from the Sydney Rowing Club annual report for season 1953-54.

OUR MOST RECENT HONORARY LIFE MEMBER

Haberfield Rowing Club gained his services in 1931, where he rowed until the 1933/34 season.

With a particular interest in sculling he joined Sydney Rowing Club in 1935 and next year [1936] won the Silver Sculls at Henley-on-Yarra.

By invitation he double sculled with C. Pearce (Balmain) at the British Empire Games held on the Nepean, in 1938, and later that year gained selection in the N.S.W.R.A. King's Cup Crew.

His rowing activity continued with Senior Club crews until 1948. Possibly, Bill is best known around the Club to-day as the 'Branch Manager', a position he has held continuously from 1938,

after election to the Club Committee in 1937.

His interest and services are still present in the sport, being a regular official at regattas for the N.S.W.R.A. and G.P.S.

1935 NSW crew with Bill Bradley in the two seat

Editor's note. The double scull at 1938 Empire Games was a test event and so not an official race at that regatta. 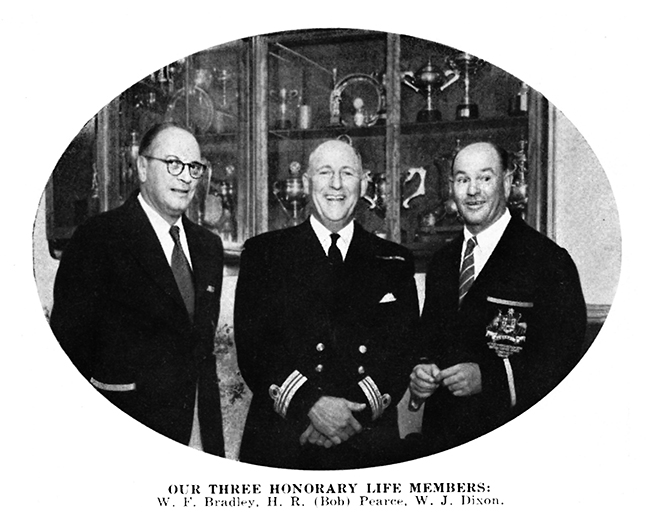 In 1970-71 annual report, his death was recorded with the following comments.