19 Aug 1934 - 10 Feb 2016
A great rower, coach and administrator who provided great opportunities to other rowers. He was a strong advocate of youth rowing and initiated this category. His experiences abroad as a rower showed him the great benefits of youth rowing in Europe so he arranged youth events in Victoria. By 1974, the category had become an Interstate Championship. He initiated and managed the first Australian junior team to the World Junior Championships. He was a mentor and coach to a great number of rowers. Whilst highly controversial, his innovative thinking led him to the purchase of European boats following the Tokyo Olympics. This led to significantly improved boat design and world class manufacture in Australia.

As a forceful and respected executive member of the VRA, in 1971 he established a coaching education committee in Victoria. The Australian Amateur Rowing Council, backed by the Rothman's Foundation arranged for David to tour Tasmania (1965) and then QLD and WA for coaching seminars. In Victoria he organised a select team of coaches to visit country centres promoting rowing and coaching. He was a great supporter of schoolgirls' rowing and also made a significant contribution in that area. 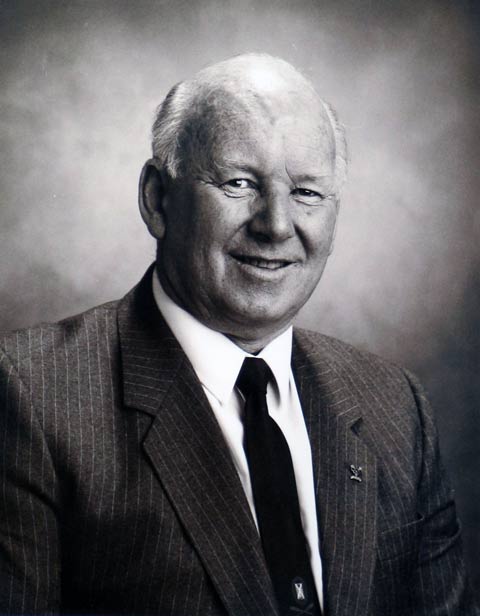 The following obituary was written by Andrew Guerin at the time of his death in 2016.

Crockett was conscripted, rather than recruited to rowing. In a year 9 phys ed class, Sports Master Ginner Davidson bellowed: Boykett, you’ll report to the boatshed tomorrow.

Ginner was a wise man and knew all about talent identification, well before they invented the term.

As an U14 APS swimming champion, Crockett made a seamless transition, and progressed rapidly to the six seat of the firsts in 1951. He went onto win the Head of the River in both ‘51 and ‘52.

Despite the sound education provided by Scotch College, it failed Crockett in some key ways. He did not seem to understand the words “it can’t be done”. His interpretation appears to have been more along the lines of….
“What a great opportunity” or alternatively
“Of course you are wrong and let me demonstrate” – or words to that effect.

His education and upbringing did, however, instil the qualities of resourcefulness, innovation, compassion, strength of character and the desire to help others – all of which were displayed in his rowing life.

His rowing career was stellar.

At the Tokyo Games, the Australian eight failed to make the final in an inferior Australian boat. Crockett persuaded his crew and coach try an Italian boat for the B Final. Despite a lack of knowledge of how to rig and row that design, the crew performed dramatically better after a very shaky start. Dismissing protests and the difficulties of importing the boat, let alone raising the cash on the spot to do so, he and Bob Aitken immediately purchased and imported an Italian eight.

This was a turning point in the sport.

No longer was equipment going to be a determining factor in the performance of Australian teams which sadly had been the case at both the Rome and Tokyo Olympics. And by lending this boat to domestic boat-builders, local boat design and manufacture improved significantly. He imported two further boats to reinforce this change.

In Crockett’s last year as an elite rower, he stroked the 1966 King’s Cup crew – it was the second time he had raced for Victoria with brother Graeme. There were selection controversies and the Victorians did not field a full strength crew.

The NSW crew was the genesis of what was to become the silver medal winning crew at the ‘68 Olympics, and was the favoured crew. The SA crew was one of their best for many decades.

With 500 metres to go, NSW was leading, SA second and Victoria a length down. Crockett stroked the crew superbly over the last 500 metres with his trademark skill, courage, daring and a good dose of bloody minded determination. Victoria snatched the Cup from NSW by a metre, with SA narrowly back in third place.

From his observations of the Europeans, he could see the great benefits of youth rowing and initiated this category in Victoria. By 1974, the youth category had its own Interstate Championship.

He was behind the initiation of the Brighton Grammar School’s rowing program and was a great supporter and contributor to schoolgirl’s rowing at Lauriston and Merton Hall.

He concluded that the Scotch crew should race at the World Junior Championships, and also, that Australia should regularly compete at these Championships.

At that time, this was an outrageous notion. It required

Just another ‘it can’t be done moment’ for Crockett. And guess what? It happened.

The surviving members continue to thank Crockett for that tremendous experience.

As we all know, he gave unparalleled service to Scotch College as a rowing master from 1963-1978 and introducing sculling which transformed the school rowing program.

As rowing master, Crockett generally mentored coaches rather than coach himself. But in the late 1970s, he took the reins of the first crew. In 1978 he had his first success in the Head of the River as coach.

This crew held a special place in his heart.

He was a coach who always sought the best for his crews, and despite some outward appearances, was very caring of his rowers.

When coaching the 1970 Australian eight stroked by brother Graeme, he was determined to have the best equipment. He flew to Germany one weekend to find the best boat and returned with less than a day of teaching missed. I am sure that the headmaster had no idea of this trip and other teachers covered for him.

Of course his coaching record was distinguished at all levels from school to international. His Victorian crews alone had three wins from four starts.

He was innovative and learnt from the coaches of other sports. US swimming coaches influenced him significantly.

But his coaching methods also included some unorthodox moments

And generous, even in times of strife, he gave away the burnt remnants of his first Australian tracksuit to Sean Colgan. Sean framed and returned this artefact and it is now on display on the walls of Mercantile Rowing Club, a clubhouse which he helped build.

We also have Crockett to thank for:

He was a selfless man who generously gave his time, energy, leadership and knowledge to others. He was an inspiration to us all.

No discussion of Crockett is complete without mention of Carol – his rock and greatest supporter.

To you our gratitude, and our deepest and most sincere condolences.