Kath commenced her rowing career in 1965 after reading an article in the newspaper about the re-starting of the YWCA Club which commenced in 1911 but shut down in 1949. She raced in 1966 in the lightweight crew who competed at the National Women's Championships in Sydney. This was the start of an illustrious and long career.

A highlight in her career would have been the coaching of the winning Australian crew who represented the country at Canadian Henley for the first time. She was also a key player in the amalgamation of the men's and women's federations which occurred in 1979. This process was daunting for the women's association which had much to fear from being the junior partner in the amalgamation. History shows the greatest benefits accrued to women's rowing. 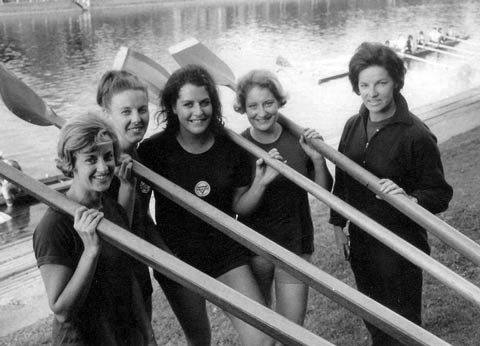 Kath was a key player in the revival of women's rowing in Victoria. As promotions officer for the state women's association from 1968 to 1976, she started a period of expanded competition in Australia as well as a time of astonishing local growth. In October 1964, Victoria could boast only two women's rowing clubs, Nestles of Warrnambool and Essendon. (Until 1979, the sport was conducted by both a men's and a women's Associations.) Firstly, she with Caroline Judd, reinstated the YWCA club which then become the force in Victorian women's rowing. In 1969, she and other ex-oarswomen created the Melbourne University Women's Rowing Club with the co-operation of the Sports Union. By 1973, there were the following affiliated women's clubs: Preston, Yarrawonga, Morwell, YWCA, Melbourne University, Begonia City, Dimboola, Horsham, Wentworth, Monash & LaTrobe Universities. By 1975, there were some 20 women's clubs. She started a period of greater competition in Australia as well as a period of great growth in the sport. The expansion included many school clubs.

She is therefore remembered fondly for her great work in the rejuvenation of women's rowing in the period of mid 1960 to amalgamation of the men's and women's associations in 1979.