Charles was a great contributor to the sport on so many levels including club, university, State and national levels.

Commencing his rowing at Carey Grammar School in Melbourne, Charles stroked the second crew in 1972 and the first crew in 1973. He was coxed by his good friend Noel Donaldson and coached by another good friend in his club rowing days, Robert Stewart.

He did not immediately continue with his rowing, preferring to focus on his university studies and university life, football and even time as a ski instructor. Probably in 1975-76 season, Charles received a call from his old school coach Rob Stewart who persuaded him to pursue his rowing career.

This was a time of lightweight greatness after Australia's first FISA lightweight Championship in 1974, which was focussed in Melbourne with Melbourne University Boat Club at the centre. Mercantile Rowing Club also took plenty of championships as well, and both clubs pushed each other to new heights for almost a decade. Other pockets of lightweight rowing in Australia, particularly in Sydney, made the standard of Australian lightweight rowing extremely high. Charles had great respect for such tough competitors from Sydney such as Clyde Hefer, Mike Smith and Graeme Gardiner to name just a few. Later David Poulson's Buckingham four took over the leadership.

These years of very hard work to make the high standard required made Charles a tough and highly competitive oarsman. His strong belief in himself, his determination and clear focus, combined with his head strong personality, ensured his success as a rower. He developed the patience and knowledge that can only come through these development years. When you raced against him, you always knew the race would be thoroughly fought out.

Interestingly, it is the contention of those interviewed for this profile that these years and his attributes made Charles an exceptional selector. He understood how hard it was to make a team and he never forgot that understanding in the selection process. He had empathy with the position of the rowers and did not want them to suffer selection errors. But most importantly, he challenged fellow selectors and coaches to ensure that nothing was overlooked.

Not only did his empathy and careful process make Charles a great selector, he had a great eye for finding what made a boat go fast and was skilled in finding the "X" factor in rowers, sometimes overlooked by others. Noel Donaldson was the Australian High Performance Director during the time Charles was a national selector. Noel had a great respect for Charles' selection skills and added that he was challenged regularly but for the right reasons.

One of the highlights of his rowing was the great pair combination of Charles and Simon Gillett. They were an unbeatable combination winning selection events consistently. Both were incredibly tough athletes who respected each others abilities. Having two headstrong individuals in one boat was perhaps not on paper an ideal choice. However it was a match made in heaven given their mutual trust and respect, although the vigorous discussions between the two may have made an outsider query this proposition. They both knew what was required to win. It was sad that there was no lightweight pair on the international calendar at that time to test this combination on the world stage. 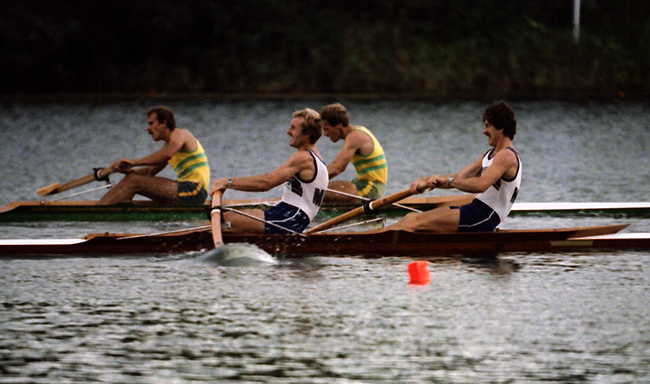 Charles' administrative contribution to the sport was significant and again at all levels, club, university, State and national. He led his club MUBC as both Captain and then President. Later he was to lead his NSW club Leichhardt as President. He led the Victorian Association as a long standing Board member and Chairman of that committee, and then when he moved to Sydney, took similar positions at Rowing NSW. He also was a Rowing Australia Board member and long serving national selector. In his final administrative position as President of Leichhardt Rowing Club, he was instrumental in the future proofing of the Club’s Constitution in 2013. This was to protect the club from outside takeovers and sets out a good structure to enable the club of 300 members plus a tenant school of 150 to thrive. He also was instrumental with coaching, rowing and leading Leichhardt to many victories in masters events. He introduced Leichhardt to the Head of the Yarra with one crew in about 2005. In 2022, the Club has 13 entered.

Despite all these activities, he was a devoted husband to Sally and father to his three daughters and grandfather to three grandchildren- a great family man. He worked hard all his life to be a strong provider for his family.

He worked in real estate for most of his life with companies such as Lend Lease, McDonalds and Landcom, changing in his final years to operating his own business - a business now run by his family. It was the acquisition of this business that lessened his time available for rowing. He gradually moved away from his NSW and Leichhardt responsibilities.

In more recent times, Charles was diagnosed with the very painful pancreatic cancer and with a poor prognosis. He fought bravely but finally succumbed to this disease on 3rd August 2022.

The sport is far poorer for the passing of Charles but the legacy of his work and contribution lives on. 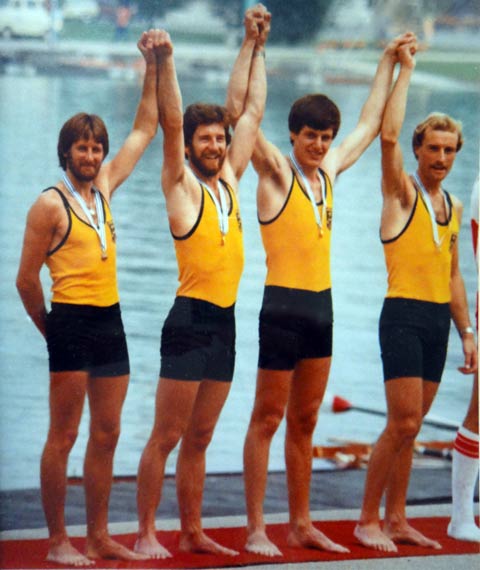