Bill was born in Melbourne, the only child of Bertha and Max Bailey, Bill continued the tradition of his father Max by also being a Scotch College and Mercantile coxswain. The Bailey name is perpetuated at the Club in the trophy presented annually to the champion coxswain.

Bill spent most of the war years at Nagambie before going to Scotch College.

He started his coxing whilst a student at Scotch College. He coxed the first crew not once, but three times in 1948, 1949 and 1950. Sadly for him, Scotch was not successful in any of those three years. Paul Mishura, the Scotch College Archivist, noted the interesting fact that Max did the opposite of his son Bill by coxing three winning Head of the River crews in 1925-27. 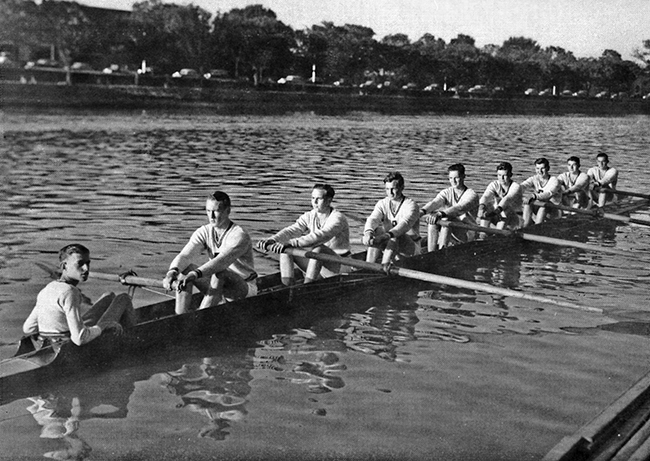 Bill in the coxswain seat of 1950 Scotch College crew

Bill started coxing at Mercantile from 1947 whilst he was still at school and so was well known and coxswain skills well developed by the time he left school. He was immediately used in senior coxswain duties. 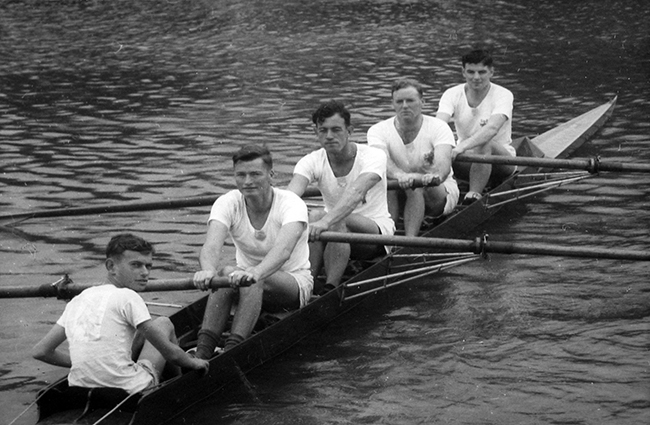 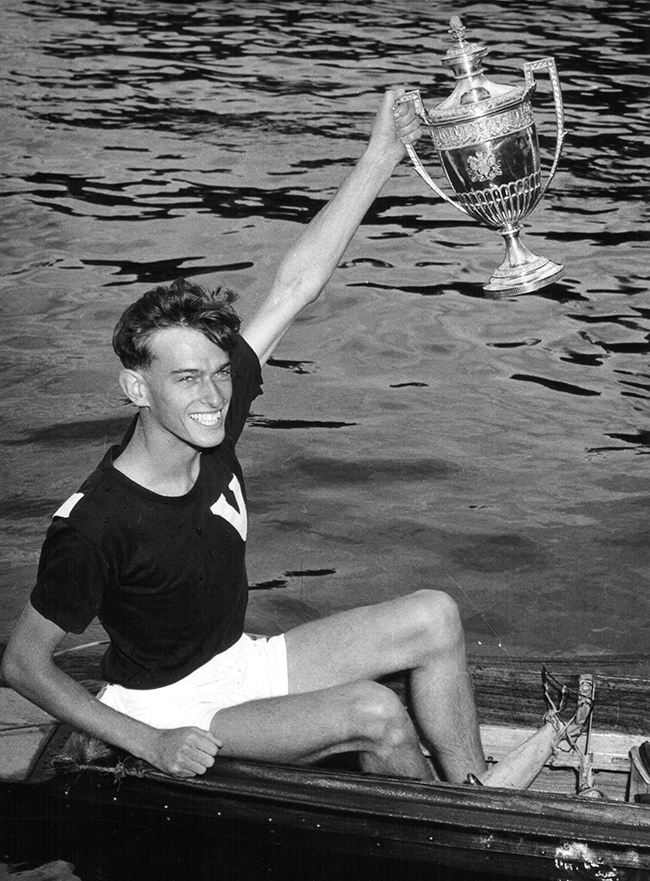 Bill retired at the end of this season after an outstanding coxing career. It was hoped that he might row after retiring from coxing but that was not to be as he pursued a career in rural industry. Bill did, however, maintain an interest in rowing – primarily through a lifelong friendship with Bob Aitken, who had shared many of Bill’s victories as the Mercantile and Victorian stroke.

The following description of his career after rowing appeared in "The Land" on 18th August 2020.

Bill then made the decision to pursue his desire to work with animals and spent a few months working for the Shippen family at Banyandah, Moulamein, before starting a jackarooing position at Woorilla, Hillston, with the McLean family. Here he gained experience in general sheep and property management.

During 1955 and 1956, Bill worked for the Pye family at Gingie, Walgett. He arrived at Gingie shortly after it was cut up for closer settlement and, while there, experienced the floods of the 1950s in the Walgett district.

There was also a long shearing strike which coincided with an extreme fly wave. Bill and other jackeroos in the district were organised into teams to shear the Gingie and surrounding properties' sheep.

From 1956 to 1957, Bill was a jackaroo and in charge at Gnomery at Burren Junction owned by the Saddington family.

In 1958 he went to Haddon Rig Merino stud, Warren, as a senior jackaroo, and was later promoted to stud master in charge of the special stud breeding and the shedded rams, accompanying many sale teams to Perth and Sydney.

It was during his years at Haddon Rig that Bill also met Dick Jago who would become a close lifelong friend and fellow sheep classer.

In 1961, Bill started a position as overseer at Egelabra Merino stud, Warren. This was to be the beginning of a long and successful partnership with the Kater family.

In 1962, he married Joan and was promoted to manager of Eenaweena, the Egelabra ram depot. His time at Eenaweena shaped his sheep classing pathway, working with the special stud ewes, doing the odd classing trip, and selecting rams for clients with Reg Cobb and Harry O'Brien (eventually inheriting both their runs).

At the end of 1969, Bill resigned his position at Eenaweena and moved the family to Dubbo where he started his long and rewarding full time classing career, taking him to four states around Australia, and a world Merino conference in South Africa.

Bill and Joan later bought Chelsea at Dubbo, which they ran on a part-time basis, and established a small Egelabra based breeding flock of their own.

In 1976 when Egelabra was searching for a general manager, Bill recommended Hugh Lydiard, forming a formidable team for 21 years. They complemented each other, not only improving the Egelabra sheep, but educating many young people along the way some of whom went onto very high profile jobs, many still in the industry today.

There were many highlights in Bill's successful career, including:

- The impact he had in the Surat district in Queensland, where he built a large client base, which led to the formation of the Egelabra Wool Growers Association.

Bill was unique with understanding and identifying a certain type of sheep to suit different environments along with the breeding direction of every client.

He adapted to every personality and was not just a sheep classer; he was a mentor, counsellor and friend to many.

In 2004, Bill and Joan also sold Chelsea, with their final mob of Egelabra-blood wethers topping the Narromine breeders' sale.

He is survived by his wife, Joan; daughters and sons-in-law Wendy and Lynda, Hunter and Donald; and grandchildren, Lachlan, Sarah, Campbell, Simon and Edwina. 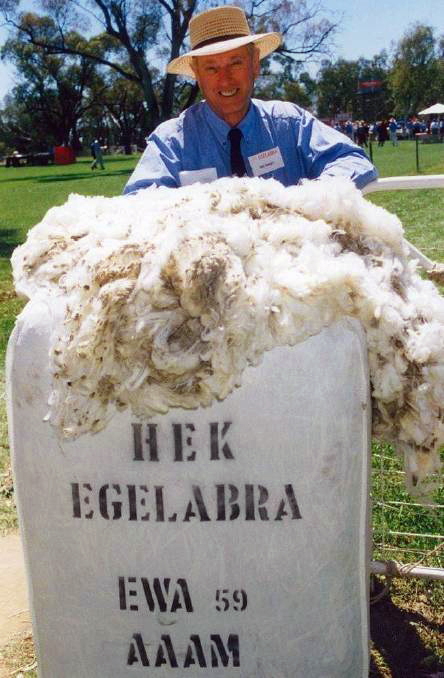 Bill on his retirement from sheep classing in 2000 at Egelabra, Warren, NSW