He was schooled in Broken Hill, NSW and joined Vacuum Oil Company Pty Ltd. He was posted to Fremantle with the company and joined Fremantle Rowing Club. In 1912, the selected Western Australia crew rebelled against their coach and the coach dismissed the crew. The coach called upon the Fremantle Rowing Club to supply the State crew. The crew is reported to have sunk before the finishing line or finished last. Either way the result was the same. 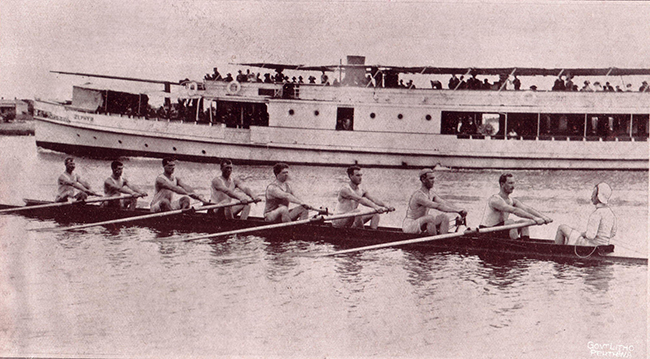 1912 Western Australian crew with Daniel Aarons in the three seat

But perhaps the more interesting story is of his exceptional and distinguished war service in WWI.

He joined up in Fremantle WA on 2nd August 1915 as a private in the infantry. By 8th October 1915, he had risen to the rank of Sergeant. On 1st April 1916 he embarked Fremantle, Western Australia, onboard HMAT A38 Ulysses as a 2nd Lieutenant with 15th reinforcements, 16th Battalion. Such was his skill and leadership that he commissioned in the field to the rank of 1st Lieutenant on 15th September 1916. On 15th May 1917, he was awarded the Military Cross for conspicuous gallantry and devotion to duty. He took command of his company and led his men forward with great gallantry. He later went back under the most intense fire to report the situation.

By the 27th July 1917, he was again promoted in the field to Captain. He was wounded on 27th October 1917 with gun shot wounds to the back, right arm and leg. 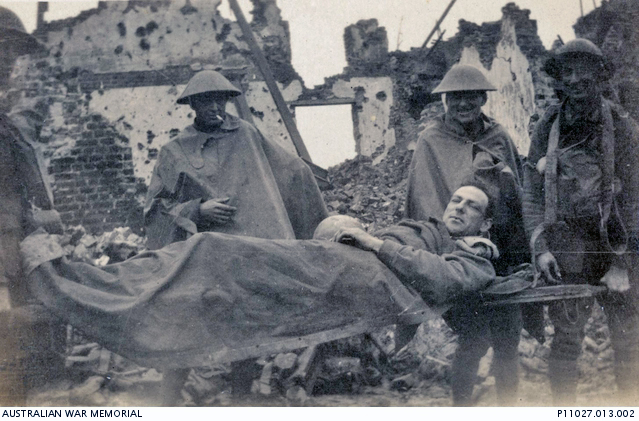 On 17th September 1918, Capt Aarons was awarded a Bar to his Military Cross for conspicuous gallantry and devotion to duty in handling his company with great skill. He made a personal reconnaissance of the enemy's position and rendered valuable and timely support during an attack. During an enemy counter-attack, he showed a very fine example of courage in encouraging his men to their highest endeavour. Throughout the whole operations, his gallantry and powers of leadership were of a very high order.

Sadly Aarons' older brother John Fullerton Aarons died of a gun shot wound to the head in France whilst serving with his younger brother. John Aarons was buried in a grave nearby the casualty clearing station where he died, and his brother Captain Daniel Aarons ensured that a Star of David cross was placed on it.

Sir Daniel provided great service to the community. He made a significant contribution to the development and promotion of the aviation industry through Butler Air Transport, later a component part of ANA Airlines, which later became Ansett Airlines. He gave great service to Legacy, the Civic Reform Association and to the Liberal Party.

In 1966, he was awarded an OBE for services to the community. He later became a Knight Bachelor on 13 June 1970 for his community work and as Treasurer of the Liberal Party of NSW.

Steve Roll and Andrew Guerin
May 2021