Return to Trophies and Medals

The Buchan Cups comprised three trophies. The trophies were donated by Mr J I Buchan for competition by Maiden Eights at the Melbourne Regatta, a major and historic regatta on the Victorian racing calendar in those days. Any Club to win the trophy three times won the trophy outright.

The second trophy was presented in 1903 which was again won by the Albert Park Rowing Club with wins in 1905, 1908 and 1913. This trophy is now a perpetual trophy used by Rowing Victoria for their Championship regatta and is pictured below. 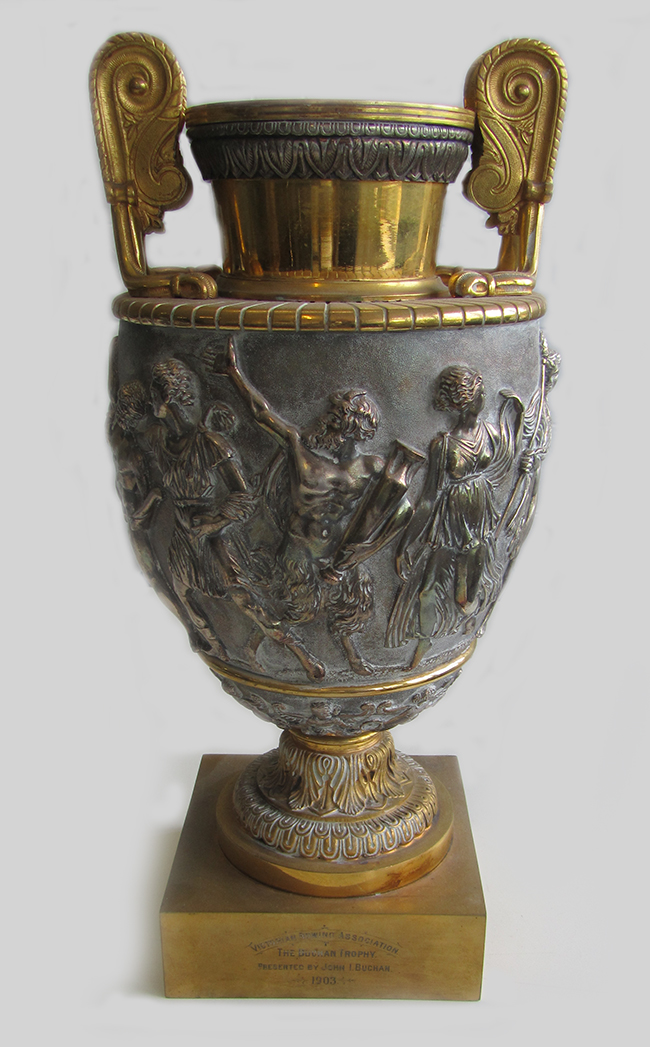 Perhaps we will never know the answer to this mystery.

Return to Trophies and Medals