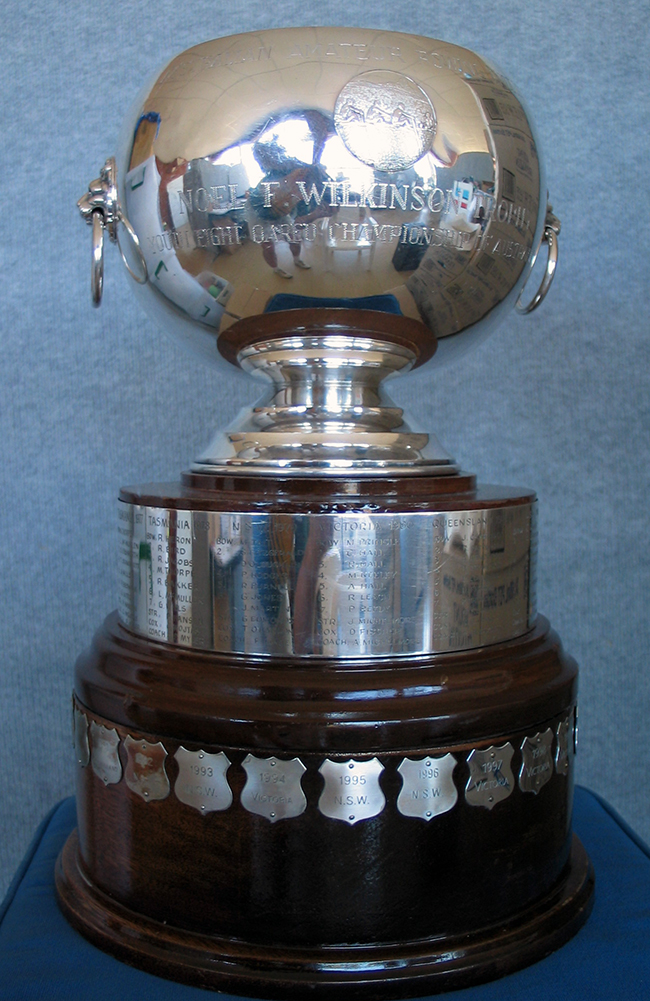 Recognising the necessity to introduce a class of rowing in which Australian youth oarsmen could compete, the Australian Rowing Council initiated the Interstate Youth Eight-Oared Championships at an age limit some 18 months older than the internationally accepted junior age limit.

The first Championship was conducted in Victoria in 1974, and in that same year, the Council accepted an offer by Noel Wilkinson to provide a perpetual trophy for the event. Noel was a great fundraiser for both Australian rowing teams and also for Australian Olympic teams. He was also a long serving Treasurer of the Australian Rowing Council.

The Youth Championships, combined with the junior events conducted in other boat classes at the National Championships, fulfils the original purpose of Council and the donor, namely to provide an incentive for young oarsmen to continue in the sport following completion of their secondary school education and a development step to higher classifications.

The trophy is inscribed as follows: