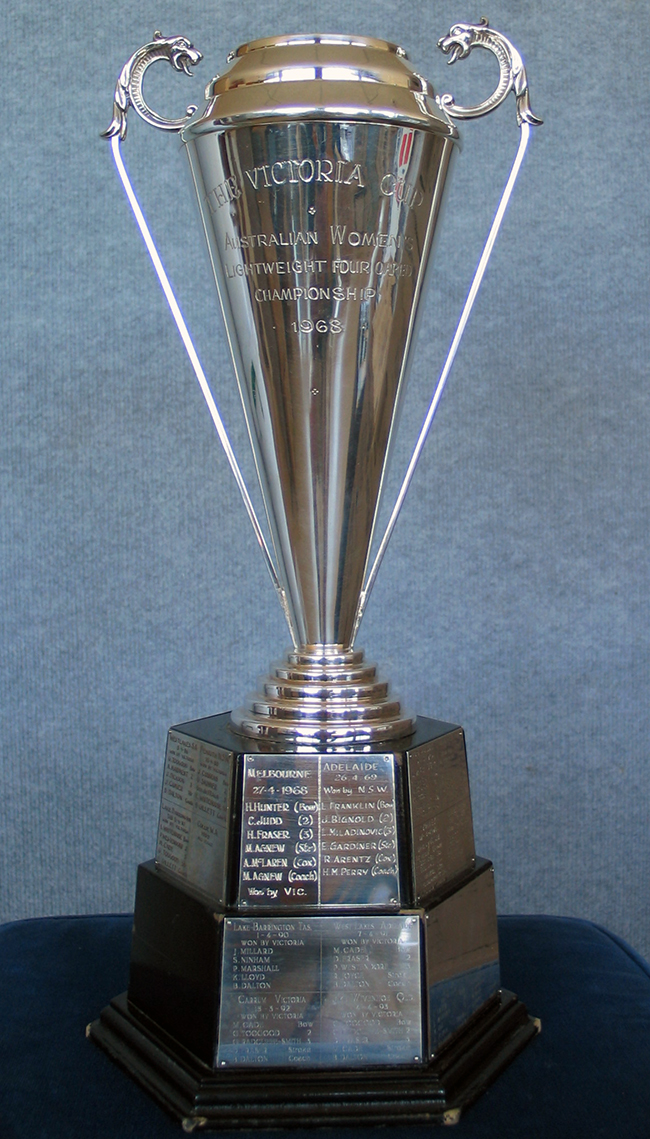 The first Women's Interstate Lightweight Four-Oared Championship was contested on the Yarra River in Melbourne on 28th April, 1968. The victory was recorded by Victoria with a crew stroked by one of Australia's best known oarswomen, Margaret Agnew Mackenzie, whose efforts in negotiating with the Women's Rowing Council, secured lightweight rowing as an annual event on the women's Interstate rowing programme.

The Victoria Cup, presented by the Victorian Ladies’ Rowing Association, is the perpetual trophy for this event.

Lightweight women have recorded many international victories, the first being at the inaugural competition between the United States of America, Canada and Australia at St. Catherines, Canada, in 1979, when Australia was successful in the two events for which crews were entered — Lightweight Four with Cox and Lightweight Pair.

From 1996, the event became coxless. In 1999, the change was made from coxless four to quad scull as most lightweight women’s rowing was in sculling boats due to the introduction of an Olympic women’s lightweight double sculling event.