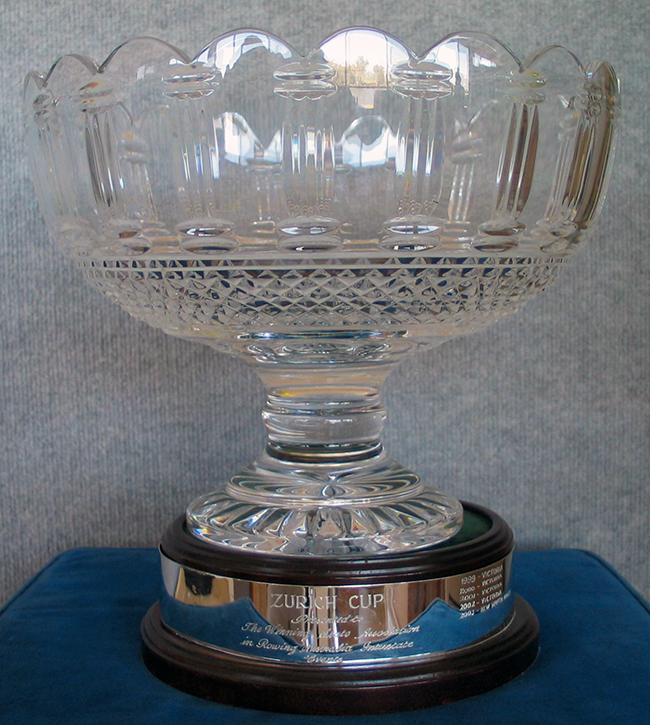 This trophy was presented to Rowing Australia in 1999 by its then principal sponsor Zurich Financial Services for presentation to the State with the highest points scored from racing in each Interstate Championship.

The cup itself is one of only 500 in the world that were made from the sands collected by Olympians from every Olympic country in the world.

Naturally the cup is presented after the last Interstate Championship each year to the Councillor of the winning State.