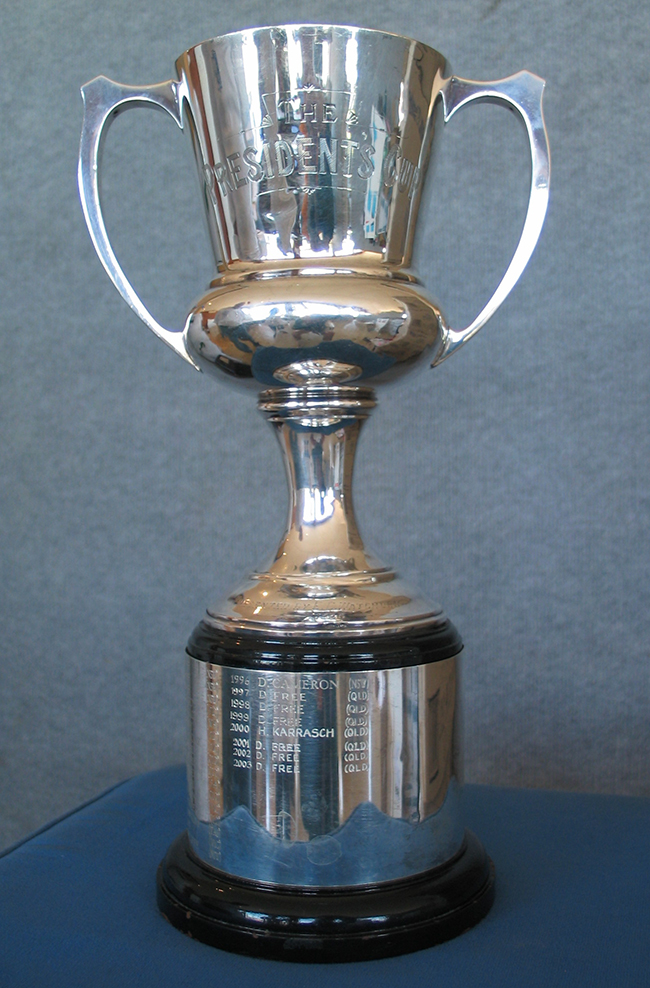 Following the formation of the Australian Amateur Rowing Council in 1925, the first President Mr EC Watchorn, a trustee of the Geo. Adams Estate controlling Tattersall's Sweep Consultations, donated the President's Cup as the perpetual trophy for the annual Australian Interstate Single Sculling Championship.

First competed for in 1926 and won by the Late A A Baynes of Queensland, some famous Australian Olympians have been the holders of this trophy. The records of these, all representing NSW, are well known: