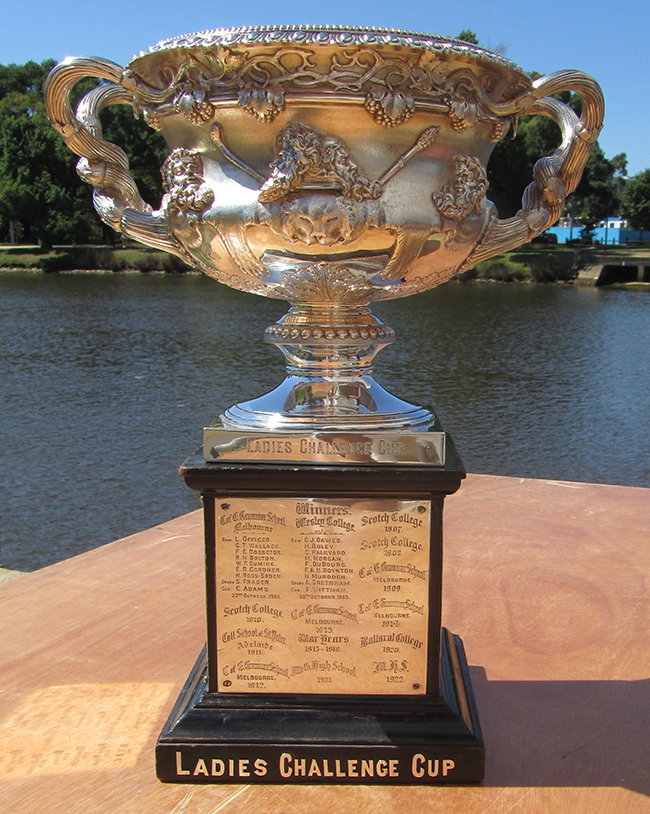 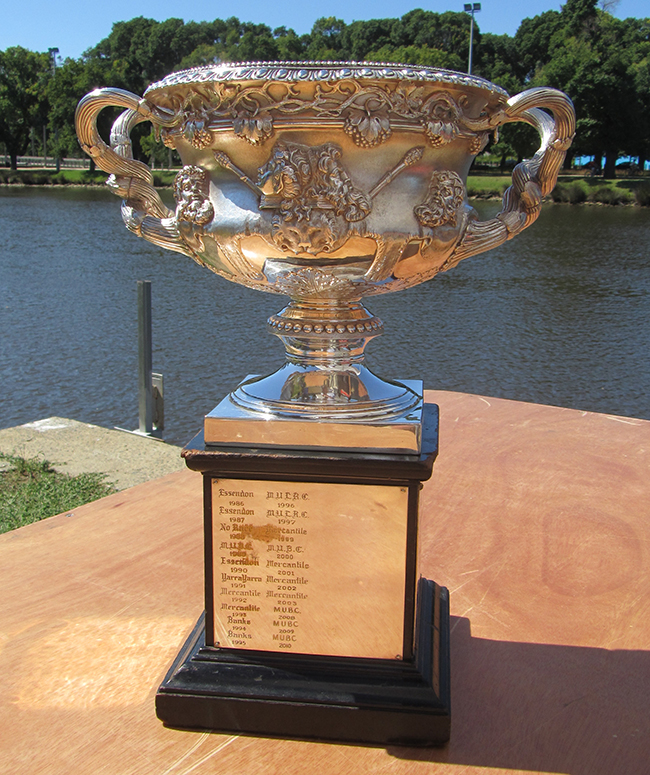 On 29 June 1904 the Executive Committee recommended the purchase of the above cup "for School Crews of Eight Oars". The Honorary Secretary was authorised to purchase a suitable cup at a cost not to exceed 50 guineas ($105). All races to be rowed in clinker racing eights. In 1907 it was altered to School Crews of Four Oars in clinker boats; then due to lack of entries it was changed to Lightweight Four for the 1951 Regatta. From 1986 it has been for Men's Lightweight Senior C Four with Cox, then 1994 Men's Youth four and finally in 1996 the Women's Elite Eight.

A two-handled sterling silver urn-shaped cup on a square pedestal base, the bowl supported on a low stem with a beaded knop. The lower portion of the bowl is embossed with leaf decoration and the upper with a motif of lion skins. A band of cast and applied fruit and vine decoration which encircles the bowl below the rim is integral with the cast entwined vine handles. The bowl is further decorated with a row of cast and applied classical heads. The beaded lip is bordered by an egg and dart decorated rim. The interior of the bowl is gilded.

Engraved on the base is: ESTABLISHED 1903 LADIES CHALLENGE CUP SCHOOL EIGHTS.

The Hallmarks for London 1902/3 and the Makers' Mark of Edward Barnard & Sons Ltd. are struck on the underside of the bowl.