Stan commenced his distinguished rowing career in 1920 when he rowed in the Henley on Weeroona in a combination four with two Eaglehawk rowers Jock Clowes and Harry Clough with Stan and George Tredinnick from Sandhurst (the forerunner of the Bendigo Rowing Club) . They won the race and so began a colourful record of all round sporting achievement. 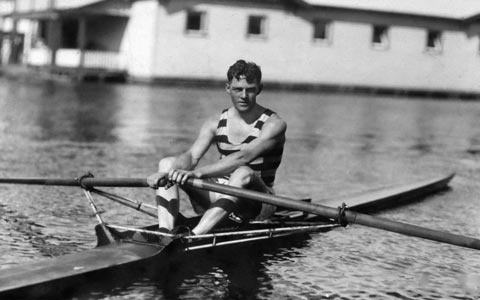 Stan excelled in all boats. His sculling performances include: wins in Maiden, Junior and Victorian Championships in the space of two weeks, winning the senior sculls in record time and representing Victoria in the Presidents Cup.

Stan was three times a member of the winning Victorian Championship eights and represented his State on two occasions in the Australian Championships.

He rowed for different clubs during his career, Sandhurst, Ballarat and Wendouree. One of his more amazing performances took place on Lake Wendouree at the Ballarat Regatta when in one afternoon Stan won Senior Sculls, Stroked the Senior Pair to a win and then hopped into five seat in the Senior Eight and won that.

He won the Herald and Weekly Times four oared race at the Bendigo Henley three times, with three different Clubs in different seats. At the Australian Championships Y.M.C.A. Regatta in Sydney he won fours, pairs and sculls. He was also the winner of the Ballarat Champion Sculls for eight years.
His abilities extended into other fields. In cross country running he was a member of Ballarat and Victorian country champion teams, he won over 75, 100, 220, 440 and 880 yard running events and competed with distinction in wrestling, shooting and shot put.

His lifelong friend Bob Carr said it wasn't all training and hard work. "Stan enjoyed a glass or two, in fact, one time coach Charlie Seymour said Stan was the best oarsman who ever stepped into a pub". 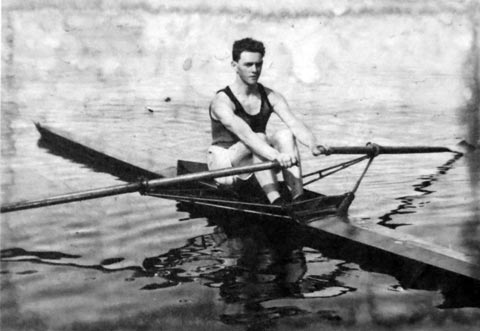