John Godfrey, an active member of the Committee and founder of the Club, was taken ill in August 1926. Not long afterwards, in June 1927, Mr Godfrey died. A letter from his daughter was sent to the club concerning the boats belonging to her father and how the club could take them over. 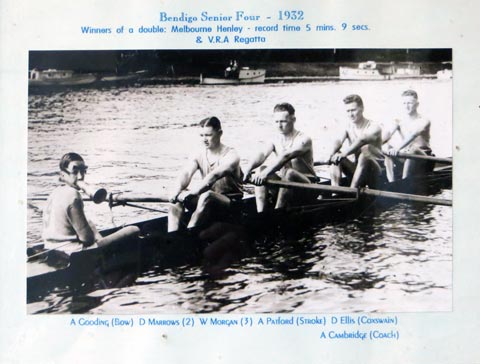 The last meeting that would be held for quite a number of years was conducted on 11th November 1941. At this meeting held in the boat sheds, nothing more than general business was discussed.

In 1932 the Bendigo rowers cycled to Sydney to race in their Championship. 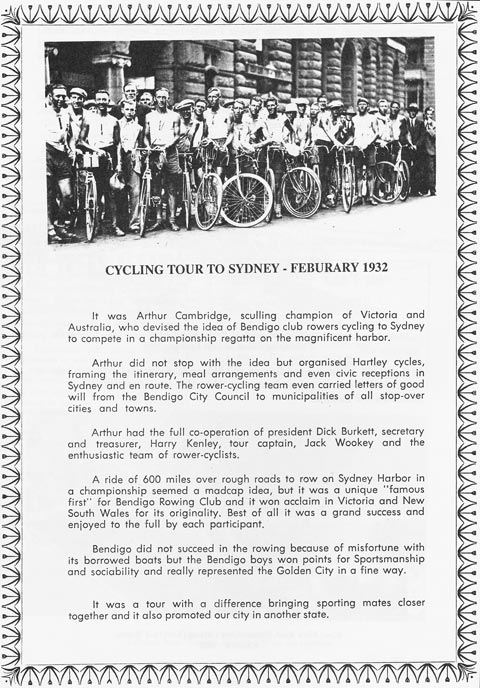 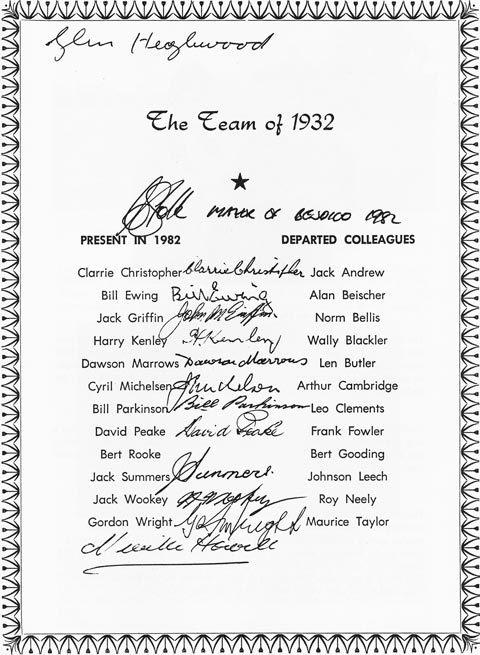 Above are the pages from a reunion in 1982, some 50 years after the cycle to Sydney.

< previous Social Life at the Club