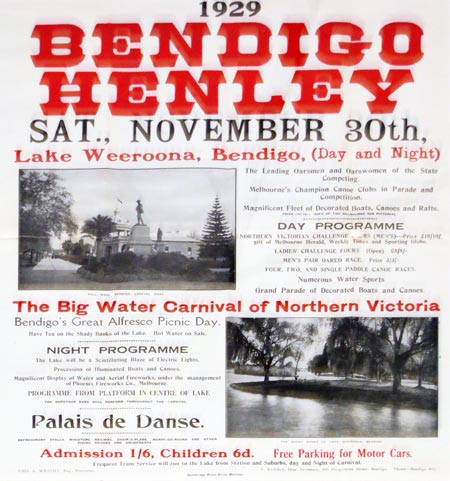 Decorated boats, the Henley Girl, dancing and picture shows shown on a screen held on a platform built out on the Lake were to be seen. Not only were these Henley's very popular but they helped to raise money for the clubs for equipment and so forth.

It was when the Council removed the fence surrounding the lake that the last Henley was held on Lake Weeroona. The removal of the fence meant that no entrance fee could be collected and the Henley was no longer a profitable event. The fence was pulled down sometime during the 1946-1949 period. 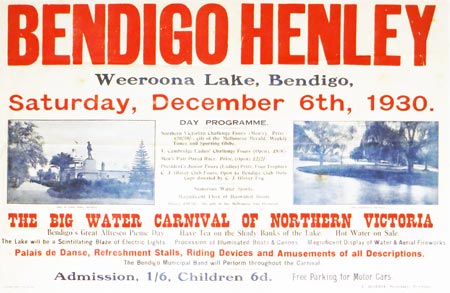 > next Ladies on the Water