Bendigo, Sandhurst, Eaglehawk, Seymour, Cobram, Shepparton and Echuca Clubs were part of the Northern District Rowing Association and these clubs competed against each other at these various places around the 1880-1890 era. In those days, crews rowed in 'gig' boats. These boats had fixed seats and pegs on the sides of the boat to hold the oars.

The very ornate Trophy they competed for, the NDRA Cup is on display in the clubrooms. This was purchased by Mr Bob Carr, after being alerted to the fact that it was in a antique dealers shop in Ballarat, by one of the rowing fraternity of that city. This was a stroke of luck that it was recovered and remains on display as a part of rowing history in this district. 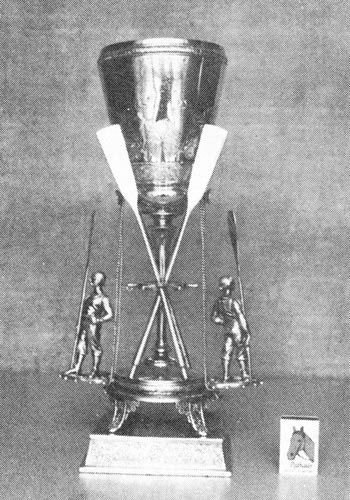