One of the founders of rowing in the Bendigo Region was John Godfrey. Godfrey came from Hobart, Tasmania and held the position of gold assayer for the Bank of Australasia, which was situated opposite the Shamrock Hotel on the corner of Williamson Street and Pall Mall. 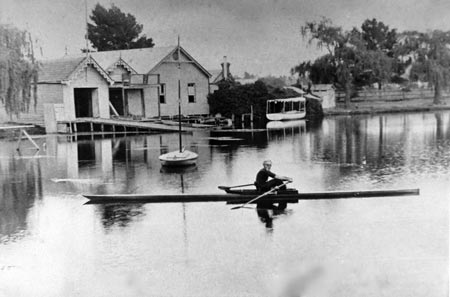 He built his own sculling skiff here in Bendigo (he was a sculler in Tasmania). To raise interest in rowing he put the skiff on display outside the Bank. The boat was called "Australasia".

The boat (recently restored by Mr John McKenna) and his photo are in the new boat shed, preserved as a historic relic.
In 1873 the first meetings to form a rowing club or clubs were held.

As a result of these meetings, the Sandhurst Rowing Club was established on 22nd April 1873. The first Committee consisted of the following members:

The Upper Grassy Flat Reservoir was about a quarter of a mile course, and on its banks, the Bendigo and Sandhurst Rowing Clubs erected their first sheds. It is rumoured that the only difference between the two clubs is that Bendigo (having possession of the Lower Reservoir) consisted of mainly Catholic members and that Sandhurst (with the Upper Reservoir) consisted of Protestant members.

On 9th July 1873, the opening demonstration of both clubs ( and a race between the leading boats of the two clubs) was held. The race was twice around the Reservoir and the Sandhurst crew won by twelve lengths.

Music was provided by Hallas City Band and the Strathfieldsaye Shire Band and many people turned out to witness the proceedings. 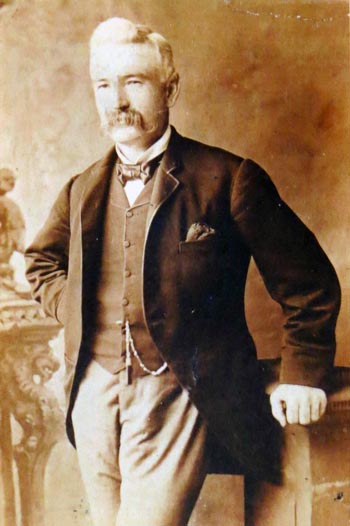